I am a child of fairytales, for better or worse. Beautiful ball gowns, mysterious magic spells, and romantic happy endings – as a child I consumed copious quantities. From picture books with vibrant images of gorgeous gossamer wings and luxurious locks of hair to epic chapter books brimming with suspense and intrigue. Peter Pan was my idol; Neverland my utopia.

I am ashamed to admit that I only just learned that June 24 is International Fairy Day. This should be a regular celebration in my home: mixing pixie dust, building fairy homes, binging on a marathon of all film adaptations of Peter Pan.

As I raise two young daughters, however, I am constantly weighing how much of my love for fairytales and fairies to pass on to them. 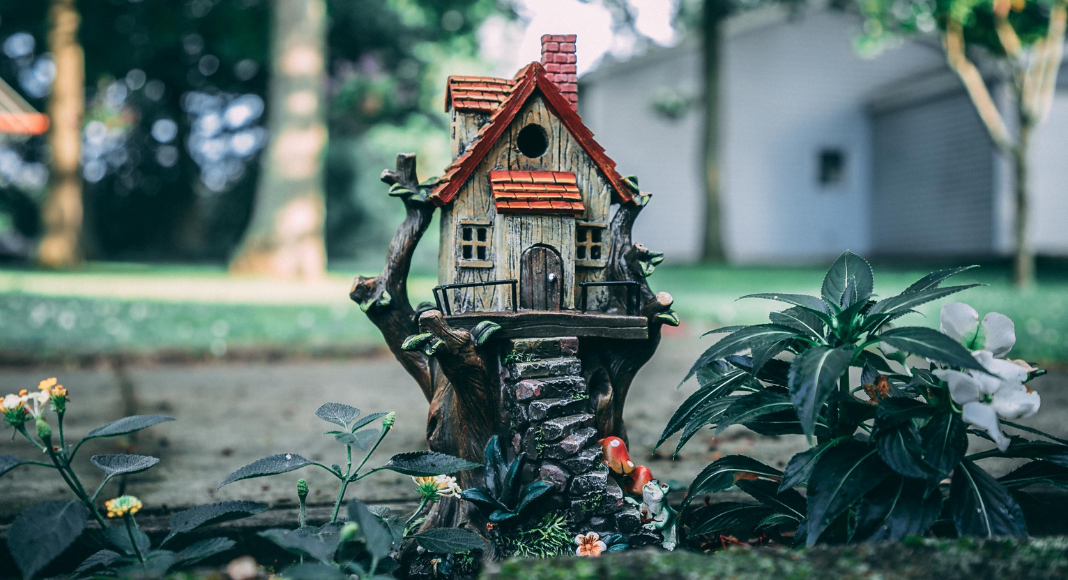 I cannot ignore the outdated and often gender-based values embedded within: most adventures are enjoyed by boys or men. The greatest rewards are often bestowed upon young women who are modest, beautiful, and virginal.

Yet, I am drawn to the imagination. The absurdity. The disregard for the rigid rules binding our daily lives.

For her birthday, my oldest was given the first four books in the series The Never Girls. It was a genius find by my mother-in-law: it incorporates my love for the boy who refused to grow up but adds in modern young girls who befriend the fairies and enjoy adventures. My voracious reader devoured them.

A little later, while driving her to school, she brought up a part of one of the books she enjoyed. We talked a little bit about it, then she grew quiet. Then, unprompted, she said,

“I know that fairies aren’t real. But I like to believe that they are.”

This was a cathartic comment. We are a non-religious family that does not celebrate Santa or the Easter bunny or the Tooth Fairy. And here it was, a personal belief of her own that we could respect in the same way we ask her to respect the beliefs of others, even as we know not everyone will share any one belief. To me, this is the power of fairytales.

To help you celebrate International Fairy Day, here is my personally curated list of fairy tales. Not all feature fairies, but they are all tales that emphasize friendship, that let girls have adventures, and that inspire the reader to share a belief in the unbelievable.

The Princess and the Pony by Kate Beaton (Picture Book)

This hilariously absurd tale only makes the list because of having a princess, but it is too much fun. The short, silly story features a gassy pony, a Viking princess who solves her own problem, and humor derived from subverting your expectations.

There are undeniable similarities to Cinderella, but the heroine is given a bit more agency in this tale. She runs away from an arranged marriage and solves her own problems with resourcefulness and cleverness.

I almost did not include this one in my list because, like The Princess and the Pony, there are no spells or fairies, just princesses and monsters. But I am obsessed with these books. They are funny. The pictures are adorable. The stories are charming. I love to read them aloud with extra drama. Basically, anything by Shannon Hale is gold (and she has several fairy tale retellings), but these are my favorite.

This whimsical retelling of Cinderella incorporates several new characters and plot twists, gives the Prince depth of character, builds a true friendship between the two, and allows our heroine Ella to exhibit strength, agency, and resourcefulness.

Tatterhood and Other Tales: Stories of Magic and Adventure (Collection, grades 4-6)

An incredible collection of tales from cultures around the world featuring speaking animals, magic spells, and adventurous girls. I was always partial to “Kate Crackernuts” due to the excellent choice in the first name, but every tale has something incredible.

Another worldly collection similar to Tatterhood, but this one updated a few tales that I already knew. Several reduce the emphasis on romance, which I feel is healthy for the younger audience for whom these vibrantly illustrated tales are targeted. A few still have a good wedding at the end, but some end with friendship, and others with a girl choosing to seek more adventure. Usborne offers several other Forgotten Fairy Tales collections that are worth exploring.

Look. It’s mostly out of print, I am sorry for that. But this series is burned in my brain as one of my favorite multi-edition collections. I grew up reading editions 1-3, but it grew to have at least six. The Royal Joust was well-loved and read often.

This lush retelling of Sleeping Beauty walked so that Frozen could run. McKinley has several retellings of classic fairy tales, but this one tops the list for me. The plot includes a typical heteronormative romance, but that plays second fiddle to the theme of true female friendship. Sweeping, complex, and uplifting.

This is an incredibly innovative re-imagining of Rumplestiltskin. When I say that, be warned that there are so many twists and turns and additions that the original story is nearly unrecognizable. Strongly influenced by the author’s Czech heritage, her writing style and choice to use a variety of narrators is one-of-a-kind.