In our household, bullying has always been something that happened to other people or families. We have seen it first hand at our kids’ schools and have grimly watched its subtleties in our society. Yet never once, no way, has bullying occurred in our household. We built our tribe on kindness, my friends. Inclusion has always been a part of this family’s fabric. Family first is our motto and the only place to start any human interaction is from a place of kindness.

That was the world we lived in before our second son started middle school. A sweet and sunny boy, he is our helper and the one who always cares for those around him. He is also the follower as we have found out too… the follower.  You see, our two other boys are true leaders. Strong boys but hard to parent.  Always pushing back and forcing us to be better parents. To find that sliver of patience when all we really want to do is strangle them. This is not the case with our second, middle son.  Nope.  He is sunny and serene, a phrase we coined for him a very long time ago. He is truly the sweetest boy. Yet, being an innate follower plays a crucial role in his transformation from a sweet kid to a middle school bully.

7th-grade starts, his first year at a new middle school.  It was a whole new world for all of us.  It is an awesome environment, one we are lucky for him to have.  Yet, it could not be more different from the small, sheltered elementary from which our kids came.  His 6th-grade class was less than 20 students and the elementary school’s total population was just over 250 students.  His new school is busting at its seams with over 1,500 students. The students dye their hair, don’t conform to any uniform and there are devices everywhere. No personal electronic devices were permitted at the elementary school. In middle school cell phones or iPods are in every palm. We reluctantly get him an iPod touch. Our son, who has never been allowed a device, now has an internal, social media life we are having a hard time keeping up with.

We wanted him to be able to text us as needed. We also GPS’d his device to keep track of his whereabouts. But he really wanted to be able to stay in touch with his elementary school friends that he had been at school with since pre-K at the age of 4. He especially wanted to stay in touch with one friend. She was still at the elementary school but was joining his new school a year later.  They texted often, we knew her family well, and we encouraged their friendship.

Flash forward to our son riding the yellow school bus (first time ever) each day to his new school. New friends were made on the bus, kids we didn’t know but he seemed to be enjoying.  We hear about a group of girls on the bus a lot and it all seems to be going well. We are already halfway through his first new school year and he is loving the experience.

Remember the old friend from elementary school that he stayed in touched with? It turns out the new girls on the yellow bus didn’t like how close our son was with her. Little did he know when they asked him for her phone number so they could “reach out to her so they could be friends” that they had other plans. 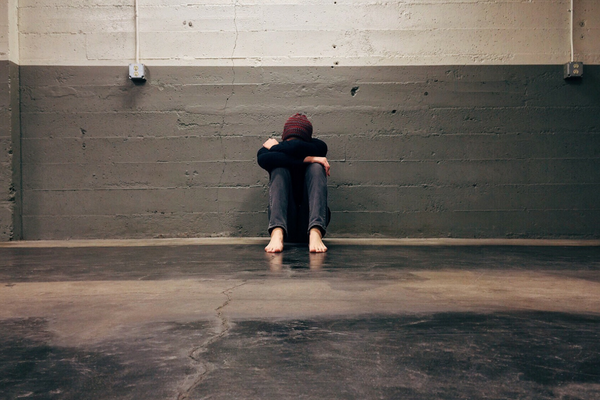 One night, I get a call from the old elementary school friend’s mom. She is desperate after finding out these girls from our son’s bus had decided to target and cyber bully her daughter relentlessly for months.  They were jealous and wanted her friendship with our son to stop. This poor girl now questions whether she would be accepted socially at a new school she had planned to attend the following year. The mom forwards just a few of the texts to me and I can’t even believe what I am reading.

I also can’t believe my son, my sweet boy, could have had a hand in this. As a mom of a new teen, I delve into his iPod, trying to figure out the lingo as I go,  How did this all get out of hand and so hateful?!  The bus girls made fun of her through repetitive texts. They ridiculed her for her “dime store hair color”, her weight (yet she is quite thin), and promised her misery if she still chose to come to their school the following year. They intentionally took turns with the texting until she was all but broken by an unknown group of mean girl cyber bullies.

This was our son’s first of 2 bullying episodes. Oh. My. Gawd.

Luckily, we quickly figured out that our son had innocently given out his old friend’s phone number to the bus girls. He was never involved in what ensued. He was just as shocked as we were for this poor girl as it all came to light.

Immediately, I tracked down the leader of the bus girl pack. I just had to make this better, knowing my son inadvertently had a hand in beginning this terrible spiral of seventh grade cyberbullying. I needed to seek these girls out and bring them to light. Which I did. It turns out the lead bully lived just blocks from us. Ah, hello, they all rode the same bus so, of course, they all lived in our neighborhood. Duh. It turns out that I even used to work with her mother and she was nice! So we set about making it right. And we did. Thank goodness the parents all worked together and it is all behind us now. Right? Nope.

Welcome to eighth grade. As parents, we are on the struggle bus with three boys at three different schools. Fighting the daily packing of lunches, doing homework, and lovingly trying to support three burgeoning boys, 16, 14, 8. Really. Tough. Work. Oh, and I work full time as a nurse 3-4 days per week. Truly exhausting.

Ok, so here we go again… wait for it… I am at work in the middle of a weekday. I get a call from our middle son’s principal. It has come to light that our son has been bullying a girl in study hall and I need to come pick him up from school. Oh no! My mama world stops on a dime… again.

I pick up my son and he is crying. I can’t even speak to him. I am silent in the car ride home as my heart turns cold with fear. How did this sweet, sweet boy become a bully?! Where did I go wrong? Do I need to quit my job? How will we ever be able to get through teen life and where or what am I doing wrong? What happened to my tribe of kindness?

It turns out, our second son and a group of boys in his last bell study hall, have been picking on/bullying a girl. They have been calling her names and been making fun of her for actually doing her homework in study hall. I get the call in April and once the principal talks to her, she says it has been going on since Christmas. OMG!

We arrive home and I send him to his room. I can’t even. I had to leave work!  My child should have been kind, he should have been standing up for this girl. Fighting for her. Instead, I am now seeing that my second son is a true follower. Apparently, he goes along with the crowd. He doesn’t lead or stand up for anything. He follows. He wants to be accepted and he makes huge mistakes at the expense of others. My husband and I let this all sink in.

Later that night, we sit him down and question him. He spills it all (thank goodness he is talking with us.) A bunch of boys has been making fun of this girl because she is smart and she is also overweight (OMG, I am dying for her now).  My son says, “she never acted like this bothered her.”  He is not defensive; it is all just spilling out like it was just playing.

I replied, “Son, do you realize that you are in a place of power?! That there were several of you boys and only one of her? What were you thinking? That poor girl was just trying to make it through study hall.”

My husband and I send him to bed and just spend the night in a stunned and truly disappointed silence. Our son was picking on a girl. If that wasn’t bad enough, we finally knew that he was officially a follower. We now also were understanding what that really meant. The trouble he was getting into at the expense of being a follower.

Don’t get me wrong, the world needs both leaders and followers. But, having a male teen follower scares the hell out of us. We know high school is a scary time for followers. Those years are marked with an immaturity that bears the indelible mark of impulsivity. Their prefrontal cortex, that part of their brains that controls impulses and executive function, will not mature until their mid-twenties. Especially in boys. This means that this age is plagued by worries of being susceptible to drugs, tobacco, academic cheating, and early sex.

Raising a follower means that we have to be so much more present.  In life and online.  He has learned to hide a certain amount of his social life already at the age of 14. It blows us away. Our learning curve is now steep. We have a worrisome four years ahead of us.

We insisted on him writing letters of apology to both the girl in study hall and also to her parents. We voluntarily met her parents at school with the principal, our son, and their daughter. They loved the letters. They couldn’t believe that he had been a part of this bullying. Thankfully, they had known our son to be a class friend to their daughter the year prior. So, he got off easy this time because of his sweet social disposition.

Parents, take this advice from the mom of a bully – stay present. Talk to your kids every day. Put them to bed at night and ask them about their day. Life comes at you fast, even when you are truly doing a good job. The world is out there just waiting for our kids to let their guards down, for maybe the first time ever. So, don’t ever let your parenting guard down.

The social lives of our children change and evolve into something different every couple of weeks. Learn the names of their friends. Watch for subtle signs of changing dress or the language that they use. Just because your son or daughter is a good kid doesn’t mean that they are being a good kid outside of your family circle. Help them be strong internally, because you never, ever know when they are going to be tempted. You just never know.