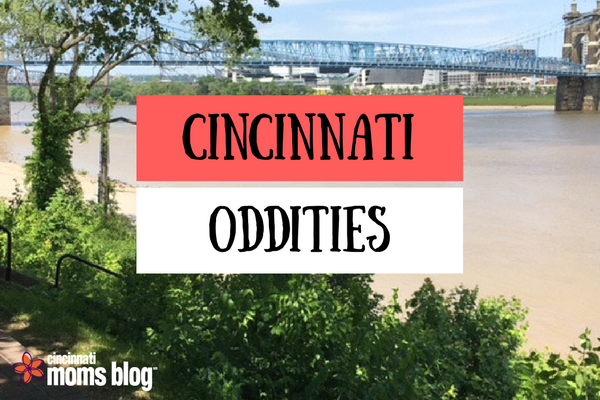 It’s true, most people in the world don’t say, “Hey, let’s vacation in Cincinnati.” But those people are missing out. Cincinnati is full of all sorts of little oddities just waiting to be discovered. Here are a few surprises I came across (that nobody told me about!) during my first adventures in Cincinnati. 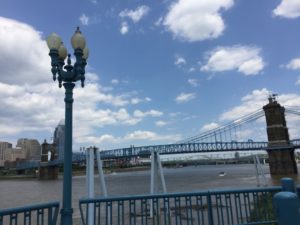 Roebling Bridge. Wait, am I in Brooklyn? Nope. Cincinnati just happens to be home of the prototype of the Brooklyn Bridge. Same builder, similar look. Who knew? When it was first used for pedestrians, on December 1, 1866, it was the longest suspension bridge in the world. And there used to be a toll! It was 15 cents for a horse and buggy, 25 cents for three horses and a carriage, and one cent for pedestrians 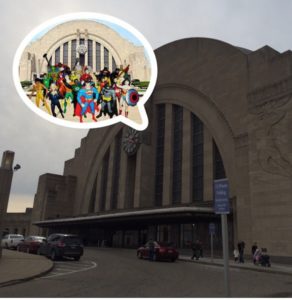 In 1973, Super Friends premiered and the super heroes lived in The Hall of Justice – which is based on Union Terminal! The show’s producer, Hanna-Barbara was owned by Taft Broadcasting who was located in Cincinnati at the time. Union Terminal was also featured in the 1996 comic book series aptly named “Terminal.”

Did you know that Music Hall was built on a cemetery? Actually, the land has a really interesting history. This plot started as an Orphan Asylum under the parent institution of the Commercial Hospital and Lunatic Asylum of Ohio. In 1832, a cholera outbreak killed 832 people and resulted in a large number of orphans, bringing the Orphan Asylum into fruition. Eventually it became known as the “Pest House” because it housed people who were isolated due to infectious diseases. The ground around the building became known as Potter’s Field and was where the hospital buried suicides, strangers, and the indigent and homeless of Cincinnati. Music Hall was built over these unmarked graves. In 1988, Music Hall dug an elevator shaft and came across 88 pounds of bones. 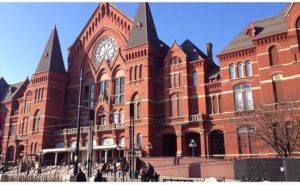 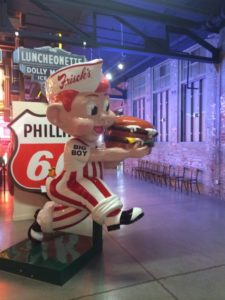 1. The American Sign Museum is awesome. If you haven’t been, I definitely suggest you wait for the tour, which is included with admission. Neon lights, everywhere!

2. The Lucky Cat Museum. The other two Maneki Neko Museums are coated in Okayama, Japan and Seto, Japan. And then there’s ours. Right here in Cincinnati.

3. The Greater Cincinnati Police Museum. Which has a former police dog named Handsome (the name was ironic, apparently), who is on display thanks to the wonders of taxidermy.

Did you know that more presidents have claimed Ohio as their home than any other state? As goes Ohio, so goes the nation, I suppose. There are 8 presidents from Ohio, and four of them claimed the Cincinnati area.

1. William Henry Harrison may have been born in Virginia, but he lived in North Bend, OH and considered it home when he was elected.

2. Ulysses S. Grant is from Point Pleasant, OH, just down the Ohio River.

3. Benjamin Harrison, the only president to be the grandson of another president (number 1 on this list), is from North Bend, OH.

4. And of course, William Howard Taft who was born right here in Cincinnati.

The Cincinnati Subway. Who doesn’t love a creepy abandoned project? This was supposed to be a 16 mile loop around the city. Unfortunately, inflation destroyed the projected budget and the Stock Market Crash pretty much crushed any hopes of it continuing. 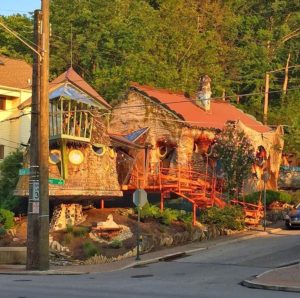 The Cincinnati Observatory could be the oldest professional observatory in America and is located on top of a hill, named Mt. Lookout (of course). Interestingly enough, it was originally located on Mt. Ida which was renamed Mt. Adams when President John Quincy Adams gave the observatory’s inauguration speech, which was also his last public speech before his death. This led to the change of name from Mt. Ida to Mt. Adams.

The Miami and Erie Canal which ran 274 miles from Cincinnati to Toledo. It was abandoned in 1913 after being decimated by a flood.

Duck Creek Waterway is now a haven for graffiti art. This little creek goes from Oakley to the Little Miami River.

What did I miss?