No matter what side of the political aisle you land on, the topic of politics can bring tension and stress to any get-together. I have felt it and I am sure that you many of you have felt it, too.

The idea of opposing political views is not a foreign concept to me.

The reason for this is that I grew up in a divided political household. My dad was a republican and my mom was a registered democrat. They were married for 54 years. This may seem like an odd situation in today’s political climate, but I have now determined the secret to the harmony they lived in. Political views were not an absolute. Many times, my parents crossed over and voted for someone of an opposing party, many times they likely canceled each other’s votes, but they always stressed to my sister and I that you vote for the person, not for the party. It was their belief that identifying yourself with a political party did not exclude you from voting for someone from the opposite party. 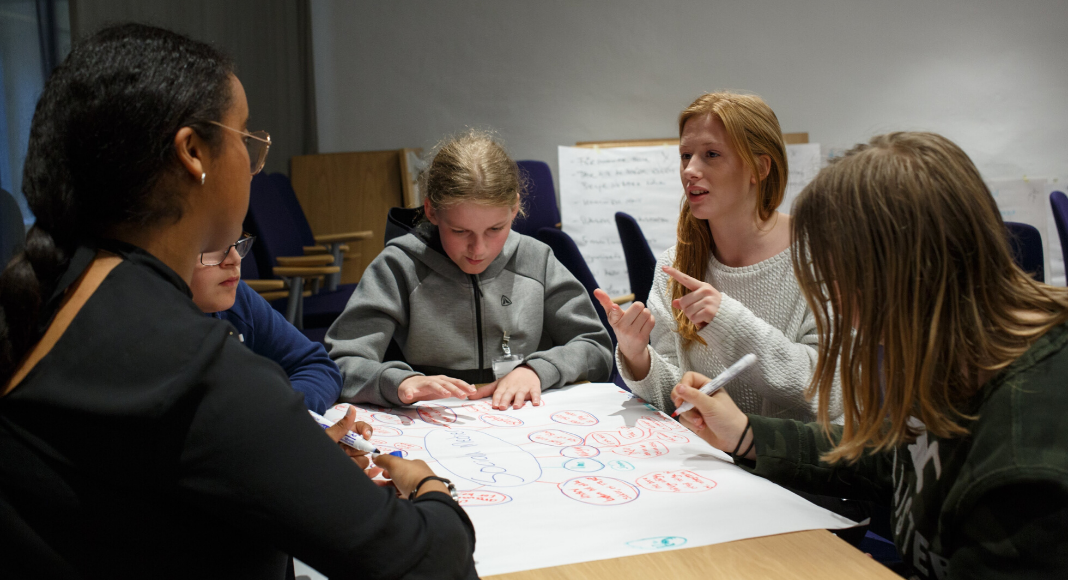 To some, this may seem like an odd concept. As a child, I had the benefit of my parents educating me on the role of different political offices. This was likely because many members of my family served in local government and my mom faithfully served on the election board for many years. For example, the Hamilton county recorder has the responsibility to “record, preserve, and make available for inspection documents related to real estate.” That description tells me that the person that holds that office needs to be organized, pay attention to detail, and be knowledgeable on using the computer. Therefore, that is how I would choose who to vote for. Their views on social issues like abortion, same-sex marriage, or legalization of marijuana are not relevant to the position as the county recorder does not have the official authority to make decisions on those issues.

Now, if that same county recorder ran for state senate, then I would consider their views on social issues when I was voting because that is an office where they can affect change in those areas.

When it came to discussion on social issues in my house, we witnessed our parents having civil discourse with each other.

In the process, my sister and I learned the purpose of many different offices in local government and the qualities you want that person to have. It is harder today to have civil discourse with someone that has opposing political views, but are some tips for a productive conversation:

Learn the purpose of different political offices – There is no point in having a heated discussion on how the candidates for county treasurer feel about immigration. They do not have the jurisdiction to affect change on that subject, they only collect the taxes.

Listen to examples of civil discourse – I recommend the podcast Right, Left, and Center from NPR. It is a great example of how those of opposing viewpoints can debate and discuss issues in a civil manner.

Find common ground – In the end, I believe we are more similar than we are different. Find something that all can agree on to discuss. For example, it seems most people want to make sure we have quality roads to drive on that are well-maintained. Therefore, unite over your hate of potholes, which could lead to a productive discussion on how to fix infrastructure problems.

Do not engage in debate with a family member that holds a completely opposite view – In my experience, this will only end badly and bruise relationships. There are so many things to discuss other than politics. If you focus on other things you have in common, chances are when the topic of politics comes up, you will have a much better discussion because they understand you better as a person.

As the 2020 election season starts, let us all make a commitment to rise above the division and focus on what brings us together. If my parents successfully navigated differing political views for 54 years, I think we can learn to have a civil discussion with those that are close to us and pass that skill onto our children.