I’m trying. Trying to feel normal. Trying to get things done. But best-laid plans are the ones most broken, right? My recent trip to the chain craft store near my home didn’t exactly go as planned. You see, I was in the middle of getting my kids out, trying to create memories and be “that mom”. You found us at the moment my patience was lost, I was sweating through my leggings and literally feeling like I wanted to jump to the pet store and trade my kids for puppies – and there you were.

Glaring me down, obviously irritated that I had procreated and we had to cross paths.

Since that moment, I have tried to put myself in your shoes, to understand just what it is that made you feel superior to me and my three little boss babies, but I’m really struggling. If only I’d been courageous enough at that moment to address you, or say something. But I didn’t. To level the playing field, I want to share with you what you didn’t know and didn’t see as you stood there, unwilling to budge. 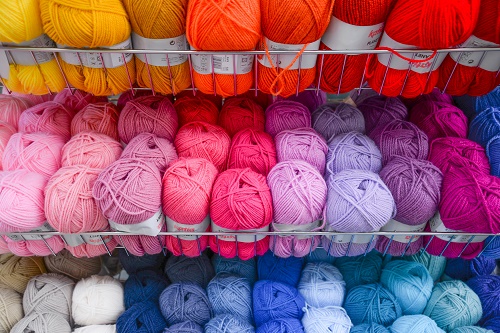 Weekends are for everything

As a mom who works out of the home, weekends are my time to catch up on everything. This particular morning, rather than wake up early to sneak a shower in before my husband has to get up for work, I actually laid in my bed until my children decided to wake up (7:45 a.m.; don’t think I actually slept in – I don’t know what that feels like). As payback for this, the entire time I was selecting clothes and brushing my teeth, I could hear my two-year-old twins screaming at one another, making it into their room just as my boy twin decided he wanted to start taking off his jammies and diaper, which thank goodness was not the dirtiest of diapers, but gross nonetheless. I then was greeted with the usual barrage of questions from my five year old, a plethora of “no’s” and food being thrown on the floor, and literally catching boy twin as he unlocked the front door and was about to head up the driveway toward the street as I was putting my shoes on. But we made it out, and to the gym, where my thought was they were going to get some energy out while I did the same, setting us up for a more calm afternoon.

I was wrong. SO wrong.

On our way to get some grocery shopping completed, I thought I’d be ‘that’ mom, and take the kids to the craft store for one of the weekly free activities they offer. By ‘that’ mom, I mean the one that is organized enough to do outings but also keep her kids controlled and behaved. As we entered the room to make the craft, I quickly realized that though there was no going back (my oldest was now excited to do the project), my toddler twins were going to have a lot of difficulty waiting it out. Keeping them in their stroller (which is the size of a boat but at least has food trays), we managed to keep them occupied with snacks, play-doh and beading pipe cleaners with supplies they may or may not have consumed. As I would catch boy twin climbing out of the stroller, girl twin would be handing me the scissors, and big brother would be seeing what the other kids, who had their mothers calmly sitting next to them were doing and want to do the same. You see, having my three under five (yes, I know, I did this to myself) means I am on the defense always. So while the other mommies sit calmly with their kids and craft, I have to keep jumping and grabbing and catching my other two little humans, ensuring their safety and happiness (often at the expense of my own). 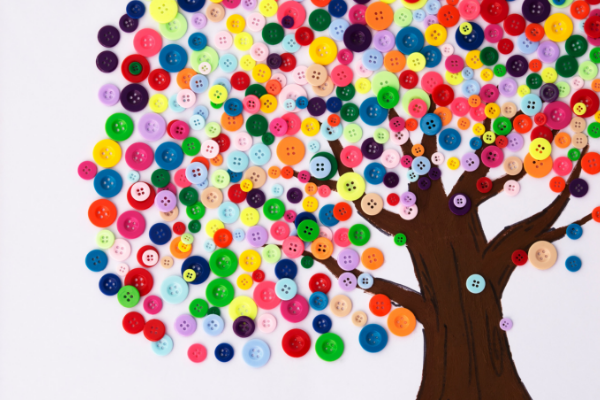 As we wrapped up our activity and attempted to walk around the store for a few things I actually came there for, my oldest son’s lack of sleep and food started to kick in, and the whining, complaining and asking for things repeatedly kicked in. My boy twin at one point was laying on the floor, and girl twin tried to hand me a jug of colored glue used to make slime, but also smooshing her finger between the jug and the stroller too. Mind you, the aisles of the store are always too narrow for tiny hands reaching out of a stroller, with breakable items everywhere and some of my navigation being blocked by the decorations available.

Then there was you.

In that moment where you felt you had to put me in my place, standing your ground, refusing to budge or simply go around, you took what little patience, dignity, and strength I had after juggling all the things in a store that is meant to torture parents pushing strollers, with All. The. Things. In. Reach. I was trying to keep my cool but those three little boss babies decided it was time to rebel against me. After a fiasco at the checkout line over leftover Halloween items on sale and some tabletop fountain I am never going to buy that my son and I argued about, we went to the car and I literally cried. I cried the ugly Oprah cry. I was so over it. Feeling like my kids and I can’t just fit in and can’t just be normal. Crushed because I was an awful mom who couldn’t be there for my oldest because I had to share my attention with all three. Disappointed in myself for giving up and giving in to my kids when I know I shouldn’t have. And clearly seeing in your eyes that you felt this way too.

Next time, craft store diva, I hope you can just take a moment to give in, let go, and move on or even better, just move around the struggling mom. We don’t mean to inconvenience you, as there is nothing convenient about going shopping with three kids in tow. We are trying to do what we can to get our own to do lists done. We, too, need to leave the house, get fresh air, see the things that make us happy – just as you do. So try a little patience on for once, and give a mom a break, ok? Your mom may have been just like me too once with you.