Hello, Football season!!! How we’ve missed you! Fall brings all sorts of cozy feelings of family, fun, and football. Football is for family and fun! Whether you or your child play any form of football (flag, touch, tackle, co-ed, etc.) – or you just watch and cheer on your favorite team, there is something special about this American pastime that just brings us all together in a very special way.

Football has always been a core part of our family. My mom played football in high school. She was the ONLY young woman on a team of all guys, and she was incredible at it! I loved looking at one of her pictures in a collage my parents had hanging on their wall my entire childhood. Her curls were everywhere, she had a look of both peace and fierceness, and she had eye black across both cheeks. My younger brother played in youth leagues in our neighborhood for years, and the sister after me played rugby because the leagues wouldn’t let her play football like our mom had.

I grew up in a household where women were the real football fans. Growing up, I watched football with my mom constantly. After my parents’ divorce right when I was entering high school, I was able to bond with my stepmom over her love of football as well. Watching football with my friends in high school and college gave me such a sense of community that I desperately needed during that time of my life. I remember how going to the high school football games were the social events of the Fall each year!

I had lived in Indianapolis during the early Peyton Manning years, and we all cheered him on with such dedication and admiration. My mom and I joked that if he ever FINALLY won the “Big Game”, we’d get matching tattoos. It finally happened, and I proudly wear my blue horseshoe and #18 on my ankle. I joke about how I played football game recordings for my daughter while I was pregnant instead of Mozart. It was that important to me that she develop just as deep a passion for football as I had. It worked! She heard Peyton call out, “Omaha” when a game was airing as a toddler and ran to the TV in full rapture. My mom and I cheered Peyton on through his second “Big Game” with the Denver Broncos, and I still admire all his work in his communities to this day.

After I moved to Cincinnati about ten years ago, and Peyton finally retired, I became a loyal Bengals fan. Don’t get me wrong, it’s basically as hard to be a fan as it was cheering on the Colts all those years, but bonding with family and community in our current hometown is just the best. And, that camaraderie doesn’t just extend to our city, our state, or our tri-state; it broadened friendships with Sister Sites across the country in the 2021-2022 NFL season. The owner of Kansas City Moms and I got together, collaborated on a super fun Instagram Reel (link) for playful competition as their Chiefs and our Bengals battled to be part of the finale game of the year. It was very popular with our communities, and it brought so much joy. 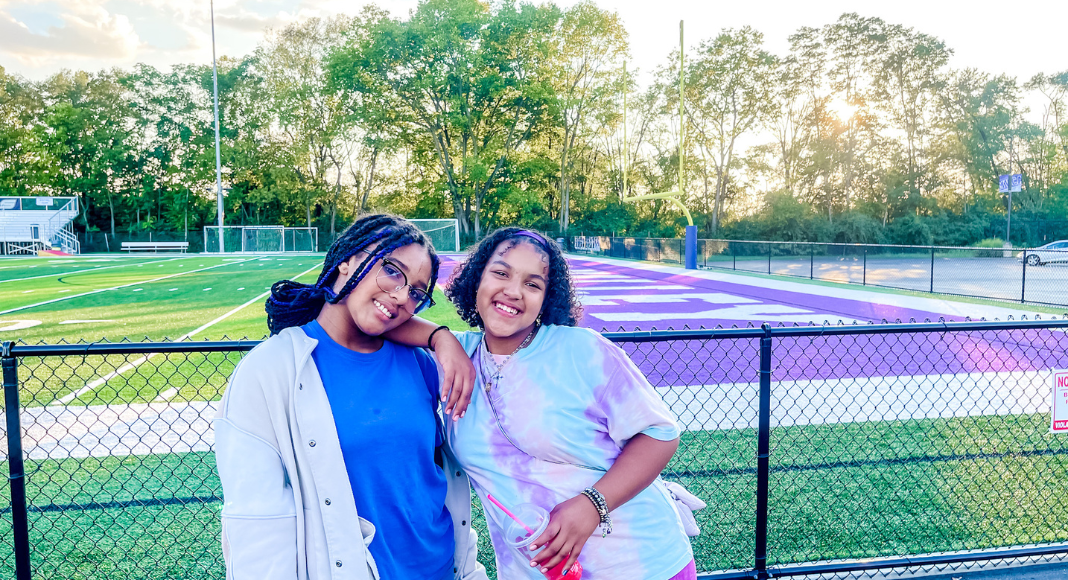 I’m so excited that my daughter’s love of football has not waned. She just started junior high and could not wait to attend her very first school football game with her best friend. It’s tough to get teenagers to smile as it is, but they left that game more bouncy and geeked that I have ever seen them since they were younger. She didn’t believe me when I told how awesome school games are in junior high and high school, because I’m just an “old” mom, but she admitted I was right for once!

We asked our audience recently how football has impacted their lives. Here are some of the great responses we got in return!

A story very dear to my heart that I’m honored to share is that of Cincinnati-native turned Houston resident that went to school with my better half, Melanie Jackson and her son, Donovan. It really tells the story of how football can provide so much opportunity to some of our youth, and they really are just a great family that we love deeply. Here is part of my interview with Melanie:

“Growing up with Donovan Jackson as a son has been a blessing I did not even know was in store for my husband and me. He started playing football at age 5 on a flag team and by 6, he was on his first tackle team. He and my husband were excited; I was completely terrified. However, after seeing Donovan on the field and seeing that he was a whole head and shoulders taller than the rest of the boys on the team, I relaxed. But just a little. 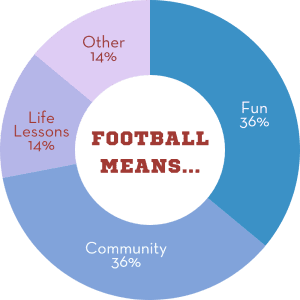 “He played on that team all the way to middle school and suddenly football was just a part of our lives. The first time he told me he wanted to be a football player when he grew up, I worked really hard to get him to change his mind. I knew that making a career of football was a rare occurrence. However, Donovan persisted. I learned that he was really ‘football smart’, meaning he could be on the field, then come off and report to the coach what the other team was planning. He could look at the opponent across from him and anticipate their next move based on how their feet were positioned or where their eyes were looking. Still, I was not completely convinced. Then the summer before his 9th grade year, two things happened that made me believe he may have a future, in some capacity, in football. That summer, Memphis University offered Donovan his first full ride scholarship to play football and receive an education. The very next day, THE Ohio State University did the same thing!

“33 offers later, at the beginning of his senior year of high school, Donovan committed to The Ohio State University. He has worked very hard and now as a Sophomore, he just had his first start on a college football team. Of course, Donovan does not see this as the end of his journey but as a stop on the way to his ultimate goal of playing in the NFL. And you know what? I am completely on board with that plan. In fact, I am his biggest fan!”

Donovan is number #74 on the OSU football team, and he even recently won his first Rose Bowl! We’re so excited to cheer him on in our home state and get to see Mel when she comes up to Columbus to watch his games. OH-IO! (Sorry, any Michigan fans!) In all seriousness, hopefully this encourages some of you to let your kids play football, even if it’s just flag football, or one of the other forms, like Donovan started out in.

Visit FutureForFootball.com to find a league near you and for other helpful resources.

Future For Football is the National Football Foundation’s cross-platform multi-media campaign that has celebrated the positive impact the game has made on millions of players, coaches, administrators, volunteers and fans nationwide since its debut in early 2018. 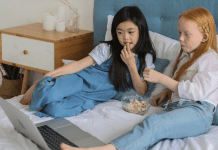 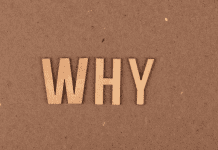 Giving Space and Grace for Their “Why” 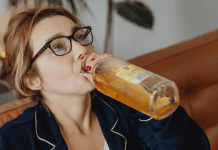