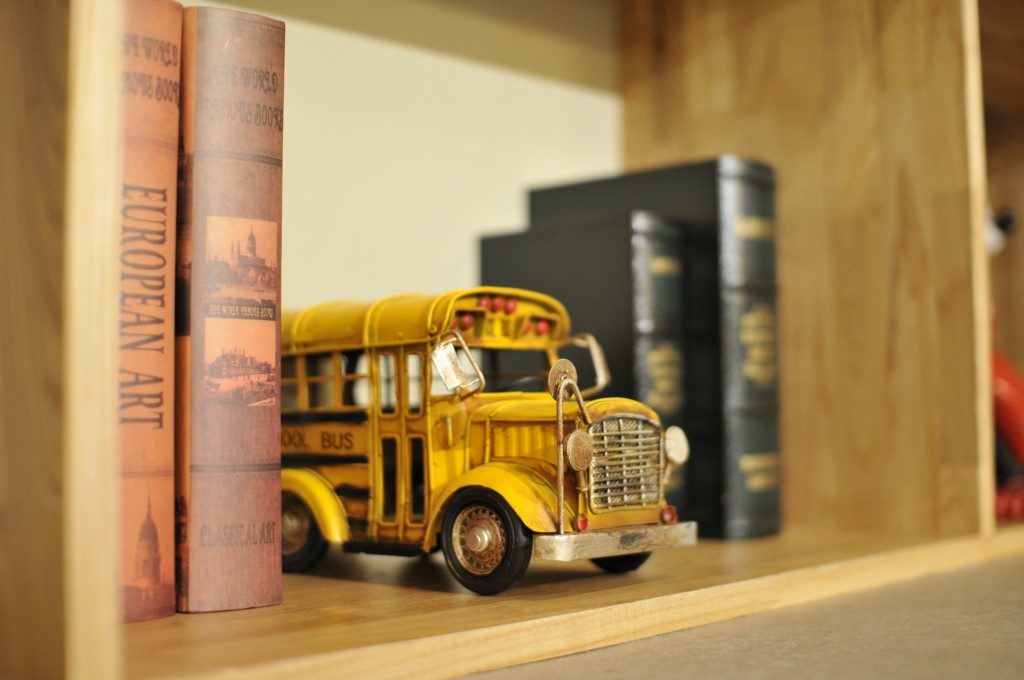 Kindergarten is coming this fall, whether I like it or not. Our district is small, and they offer only a full day program, which is 7 hours long (and an 8.5 hour day if he rode the bus). For our family, and for this particular kiddo, that is not an ideal situation for a number of reasons, so we did some research to find half-day programs in other nearby districts and we found one!

It turns out that many districts offer open enrollment, which allows you to enroll your child in a school that is not in your district or that your zoning might not accomodate. The district we found uses a first-come, first-served process, which means the first person to turn in their paperwork has a greater likelihood that their child will be placed than the 25th person. I read everything (and I mean EVERYTHING) on the website, immersed myself in the lists and information, called and spoke to a representative from the district and even made a trip to the Administration Office the week prior to ensure I had everything in order – and I did!

The below is what happened the day of Open Enrollment for a local district. It was eye-opening to say the least – not so much about the school itself, or even the kids, but the parents.

I set my alarm for 5AM, but my nervous sleep woke me at 4:40 (because, of course it did) and I was on the road by 5:10. I arrived by 5:30 to pouring rain and approximately 15 cars in the parking lot. Being an open-enrollment virgin, I had no idea what to expect, but I observed a number of empty tailgating chairs lined up outside the building, like you would for a concert. To me, this made perfect sense. No one wanted to stand in the rain, so they marked their time of arrival with a chair. I was clearly unprepared and had only an umbrella, laptop, coffee, and a book, but I was overjoyed to find a rain jacket in the trunk, which I placed in line with the chairs. The other parents (let’s call them #1-24) seemed to respect this display as an acceptable placeholder and I went back to my warm, dry car.

An hour passed and all was well, until about 6:45AM when a small group of moms walked to the front of all the chairs and formed their own line at the door. Henceforth we’ll call them #1-4B). I was puzzled at first. I mean, none of us wanted to stand in the rain, so why would they start an hour before the office opened? A couple folks started to get out of their cars and walk toward the building, so I grabbed my umbrella and my thick folder of information and completed paperwork and turned on my speed walk (like when you should probably run but don’t want to make a scene) to stand by my sopping wet rain jacket. No one around me (#22-24 and #26-28) knew what was happening either, but we all stood by our chairs (or jackets, for the unprepared) and waited, listening as the #1-4A and #1-4B started to raise their voices.

About 10 minutes later a representative from the Administration Office came to the door and announced that they would be welcoming us into the building to form a line out of the rain. I was overjoyed at this news, but #1-4A and #1-4B only seemed more agitated. As we started to move inside, parents appeared from every direction and the existing line was completely disregarded. It was like moths to a flame and I heard #16 and #26 yelling “Leave the chairs!” as they rushed inside. I hid in the middle of the herd, fearful of being trampled and unsure of my number (and at this point, how good a parent I was because I was not in the top five).

Suddenly a man came running from the parking lot and pushed his way in front of the woman in front of me. Let’s call her #24. He did so with gusto and she was none too pleased, asking him a series of questions about what kind of man he was to push a woman for a place in line, etc. He told her, not-so-nicely, that she couldn’t do anything about it and after a few more minutes of huffing and puffing she disengaged and sat down.

At this point my face was flushed and my heart was racing. I had become so distracted by the kerfuffle right in front of me that I had tuned out what had now elevated to yelling at the front of the line. The representative from the office came out and informed everyone that if they didn’t calm down he would call the police and have them removed. Then he went back to the office to determine whether #1-4A or #1-4B were the rightful owners of the first four spots in line. The chirping at the front of the line continued and while I wanted to sit onthe floor and cover my head like you do in tornado preparedness training, I decided that staring at the ground for the next hours would do nothing but give me a crick in the neck, so I looked up. Slowly, and with great trepidation, I began engaging everyone around me in conversation, asking about their kids, what district they were coming from, etc. At some point I even cracked a couple bad jokes to add a little levity to the craziness. It was not easy, friends. Everyone was on edge, lest their “spot” in line be taken. I had a giant cup of coffee and was too terrified to go to the bathroom!

The representative came out a few moments later and explained that they had not had issues like this before, that they were unprepared and were making a ruling based on their best information, which was that a person had to be there to hand in the paperwork and so a chair did not count. As you can imagine, #1-4A were none to happy and #1-4B rejoiced. He assured us that they would have clearer procedures in place next year to negate this sort of confusion, and I secretly thanked the Lord that I would not be there to see it. A few moments later, the office officially opened and I filed through, they stamped my paperwork and took my blood (just kidding ;)) and I was on my way. I shook the whole way home, and for the better part of that morning.

That was an ugly day, my friends. It was a day when many adults, who I have to assume are generally well-meaning, lost all their cool – all of it. Their behavior was concerning, not only because I actually feared for my safety for a few moments, but because those adults are raising children, and it’s possible they will go to school with mine.  I’ve seen this before, and you have too. It happens in lines, when there is concern about being first. It happens in Black Friday crowds, when there is concern about running out of product. There’s something about lots of people wanting the same thing that seems to make things ugly, but in my mind, it should be just the opposite. The fact that we all want the same thing means we all have something in common.

Someday I will tell my kiddo this story, but I won’t tell him what I told you.

I’ll tell him that I met a bunch of parents who fiercely love their kids – parents who desire the very best for them.

I’ll tell him that sometimes, when people get passionate (especially about their children) they forget the things that are most important.

I’ll tell him that there are a number of things I will do for him, but that the things he does for himself will matter more.

I’ll tell him that success isn’t defined so much by where you go, as who you are, and that who he is finds foundation at home.

I’ll tell him that there is good to find in every situation, and when you can’t find some, you can create it.

I have two more years before we determine what’s best for my three year old, and I’m telling you that if it’s half day Kindergarten I will approach things much as I did this time. I will come prepared. I will expect the best. And I will definitely bring a seat. 😉