I have been one of the lucky ones: my letdown is quick, my babies efficient and free from allergies and sensitivities. Not that it was always smooth sailing: there were some difficult weeks figuring out how to get my first baby to latch, and some painful weeks while my second and third babies learned to use their teeth. And there were two rounds of mastitis, and many hours spent pumping in a bug-infested closet at work. But for the most part, breastfeeding was pleasant and easy; feedings were something I looked forward to, a chance to snuggle and bond with the baby. Many times, they were the only time I felt competent as a mother. 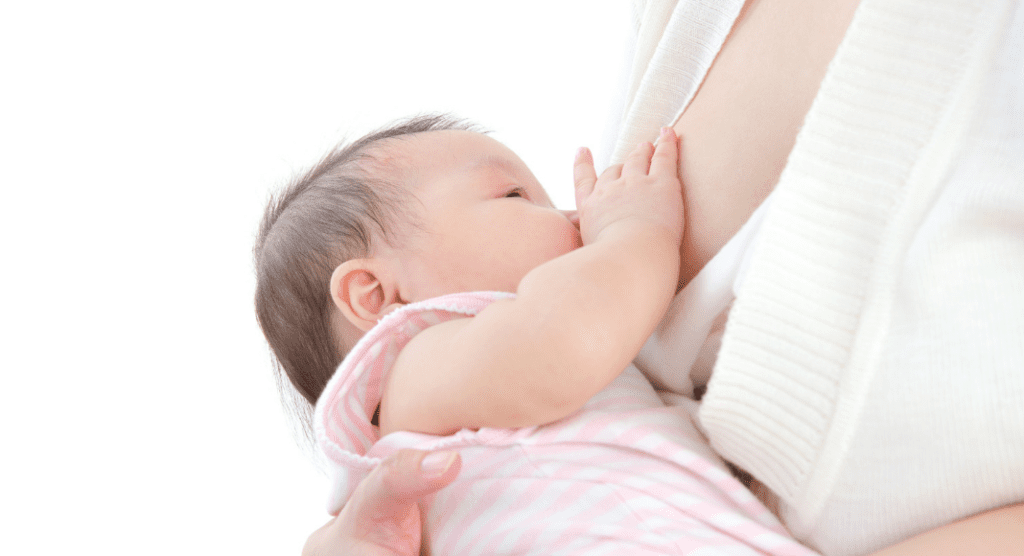 Yesterday was five days since baby nursed, and I was in significant pain. I picked her up after work, carried her to “our” chair, and coaxed her to nurse just to relieve the pressure. It was obvious in that instant that the sadness was all on my end; she wasn’t eager or excited, but she did oblige in short spurts, in between furtive glances to see the amazing things her brothers were doing without her.

And that last feeding was everything good about breastfeeding…

The gentle suckling, her tiny hands caressing me, the sly grins when she pulled off, a little stream of milk running down her chin. She gave me that moment, one last blessed memory as she starts the sprint towards the excitement of big girl-dom, and the gift of knowing she was ready, even if I wasn’t.

It isn’t all doom and gloom, though. After a full year of waking up every three hours, sometimes more, I’ve gotten eight straight hours of sleep four nights in a row. I have the energy I thought would never return. I’ve discovered that I can exercise again, and maybe those extra pounds I always keep for the baby will finally start coming off. And I no longer spend my break time at work pumping in whatever tiny space I can find, praying that people will read the “Do Not Disturb” sign before barging in.

As my hormones adjust and waves of sadness come and go, I’ve also had time to reflect on what these breasts really can do. In my twenties, I was ashamed of them: they were neither large nor perky, and I couldn’t fill out any of the trendy clothes my peers wore. One sports a scar from a fibroadenoma my doctor removed right after high school graduation. The surgery left them slightly uneven, a defect I felt was very noticeable in a bikini. They were just another part of my body that wasn’t good enough. How little I knew.

In five years, these imperfect boobs have fluctuated from A to D and back three times without complaint. (Side note: filling out shirts is overrated.) They’ve put fat rolls upon fat rolls on my babies’ thighs. They’ve cured pink eye and soothed angry skin. They’ve spared my little ones significant illness until at least ten months of age, they’ve comforted teething gums, and they’ve soothed colic.

They produced so much milk the third time around that I was able to supplement two other babies. TWO. Seriously.

I always tell the kids I’m not a short order cook, but my breasts are. Baby is hungry? No big deal. They’ll make more. Some of my most vivid and most precious memories from the baby years involve a baby at the breast.

As far as I’m concerned, these suckers are rock stars. (See what I did there?) The scar is still there, and they’re still uneven, but who cares? Those are just battle wounds. Really, I feel like I should get the ladies superhero capes in honor of everything they’ve done. But let’s be honest, after three kids, they’re going to need something a little more, ahem, supportive. So instead, I promise I’ll get them a good bra, a bra that doesn’t come unhooked at inopportune times, a bra that doesn’t have an underwire poking through, a bra that actually fits. I’ll even get measured.

It’s the least I can do.