Did you know that nearly 60,000 Americans died last year, due to one thing? Did you hear me correctly: according to the NY Times, nearly 60,000 Americans? That one thing has now become the number one leading cause of death among all Americans under the age of 50 – more than gun violence, cancer, and car crashes. That one thing that major news outlets have started calling a “crisis” and the NY Times calls a “modern plague.” That one thing is Opiate overdose, like Heroin, Fentanyl and Carfentanyl. This is an epidemic that leading public health experts at 10 universities on STAT’S expert panel are saying is going to double and could possibly even triple in the next decade. This is a big problem; a death rate just like the World Trade Center attack happening every three weeks.

The hardest and most upsetting thing is that this is now affecting our children. Pre-teens are being exposed to it. There are cases of 12 and 13-year-olds dying from it and being counted among the statistics. Three times as many teenagers died from Opiate overdose last year than in 1999. There are also cases of infants being born naturally addicted due to usage in pregnancy.

Statistically, Ohio leads the nation in overdose deaths. According to a recent article by the NY Times, the addiction epidemic is so great in our state that some county coroners have started using mobile refrigerated morgues as overflow space to hold the extra bodies. And within Ohio, right here in Cincinnati, is the worst usage rate per capita.

This epidemic no longer just affects the homeless. The faces of the addicted are everyday people. These are your mom, your brother, your sister, your coworker, your neighbor, child and maybe even you. We just had lunch at a restaurant and mentioned the issue to our friendly server and he immediately opened up how he was a recovering addict. I visited a hairstylist whose boyfriend lost his son to it. A mom in Massachusetts fell while shopping in a toy aisle while her child screamed at her to wake up; a grandmother in Ohio slumped in an idling car while a toddler sat in the backseat. Just last week a truck driver was driving while using and jackknifed his trailer clogging up I-74, tying up commuters for hours. We’re all being affected by this epidemic in some way.

Our government doesn’t seem to have the answers to the problem, either. State-sponsored programs don’t seem to be working. Drug rehab centers, operating on government subsidies, have a higher than 70% rate of recovering addicts returning to their addictions immediately after treatment. This is just immediate return, not counting 3, 6, or 9 months down the road. Administering of Narcan, essentially a watered-down version of an Opiate meant to wean users off their addiction, can no longer compete with the ultra-strong (and lethal) synthetic variants like carfentanyl, pouring into the drug market. And for Ohio, their current answer is to just point the finger at Big Pharma. With death rates climbing exponentially, stronger and stronger synthetics entering the drug marketplace, and no viable answers from the government, the situation seems pretty dire for America.

But there is hope, and it comes by a name of “Hope Over Heroin.” 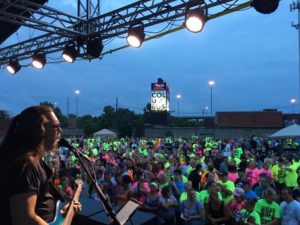 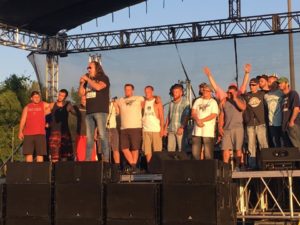 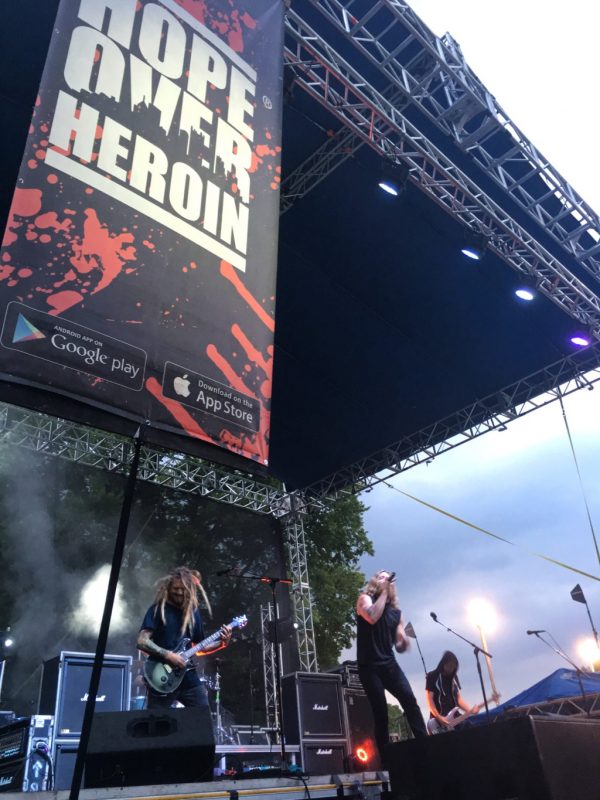 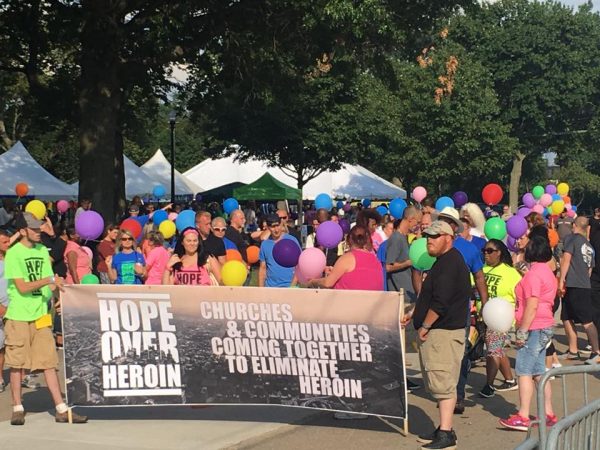 Conceived over 3 years ago, Hope Over Heroin is an awareness campaign, outreach to the addicted, and faith-based recovery program all rolled into one. As one of the lead Pastors over the program, Billy Price points out, “Drug addicts don’t come to church. So the church has to come to them.” In the three years since, Hope Over Heroin has operated on a tour spanning from Montana to Washington D.C., drawing over 70,000 people in total to their rallies. They call themselves “Hope Dealers.”

Every rally is a free event to the public, including free food, live music, the occasional stunt bike show put on by partnering ministry “Ride4Life,” and success stories of individuals who have overcome their drug addictions. Local community resources and churches also participate in each of the rallies as it makes its way from city to city. The rally has started to attract some bigger name headline bands as well, like Decyfer Down, Disciple, Set For The Fall, and I Am Spartacus to name a few, who now partner with them. One of the more sobering events within each rally is the memorial walk, where families who’ve lost loved ones to Opiate addictions march under police escort and release balloons in remembrance.

These rally events can bring awareness and compassion to those who don’t understand the epidemic, bring hope to the addicted who feel lost and without support, and healing to those who’ve lost loved ones. These are life-transforming events, even if you’re just volunteering. If you have someone in your circle currently struggling with the addiction, bring them to an event. If you’ve lost a loved one, please come and support this effort and help another family who knows your burden or even help prevent another tragedy. Or, if you actually know very little about this epidemic, come and help support a cause that truly matters right here in America.

While the Hope Over Heroin rallies bring awareness, hope, and bonding between families struggling in a faith-based setting, the underlying ministry takes it a step deeper. The rally also presents a call to those who wish to undergo recovery and will provide immediate transportation to its self-started drug rehabilitation program “Heritage House.” Started in December 2015, Heritage House is where the real concentrated change takes place for addicted individuals. As Pastor Billy Price points out, “The only successful programs against Heroin out there are faith-based, that tackle the character issues of the individual.” And his statistics don’t disagree. Heritage House is currently serving 33 young men through in-house recovery, work therapy and spirituality, and additionally they offer apprenticeship tracks in areas such as business and ministry. In the 18 months of its existence, Heritage House has welcomed over 80 men into their program and in just the first year alone their 9-months-clean effectiveness is more than double just the clean-for-a-few-days effectiveness of typical state-sponsored rehab clinics. 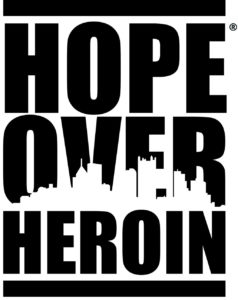 Hope Over Heroin’s programs do not cost a thing to the addicted or to their families. It also receives no government subsidy – it operates purely on donations from individuals and businesses. Operating on a vision that started in 2010, the ministry has specific plans to go completely national. They’ve already commenced expansion to increase their maximum housing to 50 men. But they cannot do this without the investment of time, talents, or financial donations from individuals like you.

This is a ministry that is literally saving lives, the lives of our next generation in America. There’s a number of options if you’d like to learn more about the ministry or how you can help. You can visit www.hopeoverheroin.com, simply attend a rally, contact Pastor Jonathan Price directly at [email protected] or 513-484-1415, or you can also attend the ministry’s parent church “City On A Hill” at 3132 Mozart Ave. in Cincinnati at 11AM on Sundays. There you will literally find in attendance both the currently-recovering men of Heritage House intermingled with men who’ve successfully completed their rehabilitation and have stayed on to council early-stage men in recovery. You can also make tax-deductible donations via their Paypal link.

Join the fight against America’s newest and most deadly epidemic. As Pastor Billy states it, become addicted to the addicted.