Death is a subject that scares many of us. There is an uncertainty that shakes us to the core as a loved one passes. The looming feeling of our inevitable demise becomes all too apparent when it happens to someone near. All that is secure seems to shatter in the abrupt storm of it all. So many feelings come rushing in and it’s hard to process what is exactly happening to ourselves.

It’s hard to stay grounded as an average person suffering through grief, but a mom? Nearly impossible. 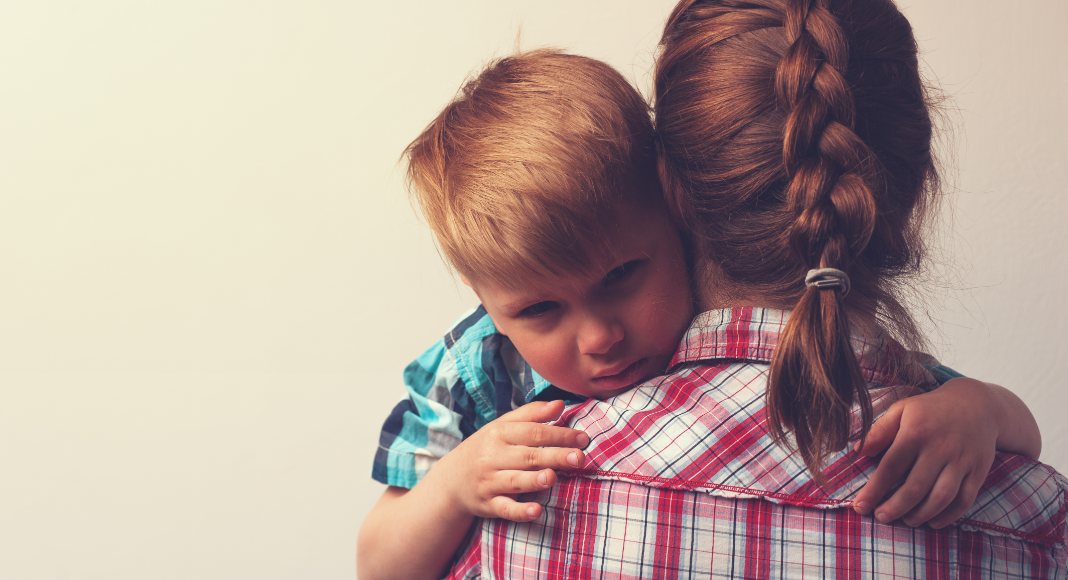 Your personal emotions are pushed aside, as your family’s well being comes first. Recently, our family had our first encounter with the grieving process. Our Beagle-Rottweiler mix, that we have had since the very beginning days of our family, developed osteosarcoma.

This is an extremely rare form of bone cancer in dogs; Toby’s was in his front left paw. Since finding the tumor, our family watched our dog slowly get sicker and more feeble. He started by struggling to walk, then began to dislike eating, and quickly progressed to worse symptoms like dramatic weight loss and consistent lethargy.

One day Toby escaped into the woods behind our house. I think he was attempting to remove himself from the family as an attempt to pass without making the kids suffer. It took four hours to find him and half of our city to search their backyards. When he finally surfaced, it was less than half a mile away and the poor boy couldn’t even stand. He was suffering from breathing problems and could barley open his eyes.

My husband tried to push him to stand and ran inside to fix him some chicken to attempt to get him to eat. He had refused food for days, I knew this wouldn’t work. My kids gave him love and then ran off to play. Laying in my lap in the front lawn with his head draped into his water bowl and not removing it…

I knew what needed to be done. I called the doctor and drove Toby out to the vet and in a matter of two hours after we had gotten him back, he was put to rest and was never coming home again.

My husband has struggled with the grief of a parent passing from cancer, so to watch his first family pet suffer in the same way… it was too hard on him. He did what he always does and denied that anything was wrong and tried to prolong the time. He kept saying:

“He’d be fine” and “Are you sure there isn’t anything else we can do?”

My daughter, being only 6, attempted to try bargaining. “Well mom, if you just took him to the vet, why can’t I go and pet him again? Can I pet the neighbors’ dog? Will getting another dog help?”

My son, being only 5, was angry and attempted to be inappropriate. “Good. I wanted him to be dead. Don’t cry! Why would you cry over this? Stop feeling!”

I kept picturing all that he had gone through those four hours. I kept hurting for the pain he had experienced and the struggles he went through in his final hours. I didn’t want to miss him, but he did not deserve what he was going through either.

Slowly, I’ve had to talk to each one of my family members. Denial, bargaining, anger… they all admitted their admiration for our pet. They all confessed to seeing him struggle and in pain. They, one by one, admitted to just wanting him to be comfortable and happy again. They accepted. Through watching their individual journeys through the grieving process, I have realized how different we each truly are when struggling through our emotions. Yet, through helping them with their individual pain, it helped me to accept as well.

You see, death can make you feel alone in midst of it all and confused in the chaos of emotion, but there is nothing more human as well. The empathy we all share towards those we have lost. The belief, despite religious differences, that there is some form of peace for those who have passed. The way we all uniquely heal and come together to accept.

So as you help your family or a loved one through the loss of another, acknowledge which stage they are in. Appreciate the beauty in their passion towards those they have lost; even if it’s a little harder to see. We all start in one of these stages and may stagger between a few. Yet, this is the humanity of the grief we share. Help them find comfort in the support of such and allow them to get to the final stage of acceptance gracefully at their own pace.

I can tell you from first-hand experience that there is no defined time frame of this for anyone, nor will anyone for ever be all accepting when they’ve reached it. It’s common to stumble between stages. We are all going through it together, friend.