“Is your baby excited for his first Christmas?”

“I can’t wait until your son sits on Santa’s lap!”

Above are examples of phrases and questions I’ve heard from strangers, acquaintances and our family medical practitioners regarding the holiday season. I’d bet a lot of money you have had almost the same things said to you around this time of the year. They are run-of-the-mill holiday conversation starters. However, there is one catch with my family: we don’t celebrate Christmas because we’re Jewish. 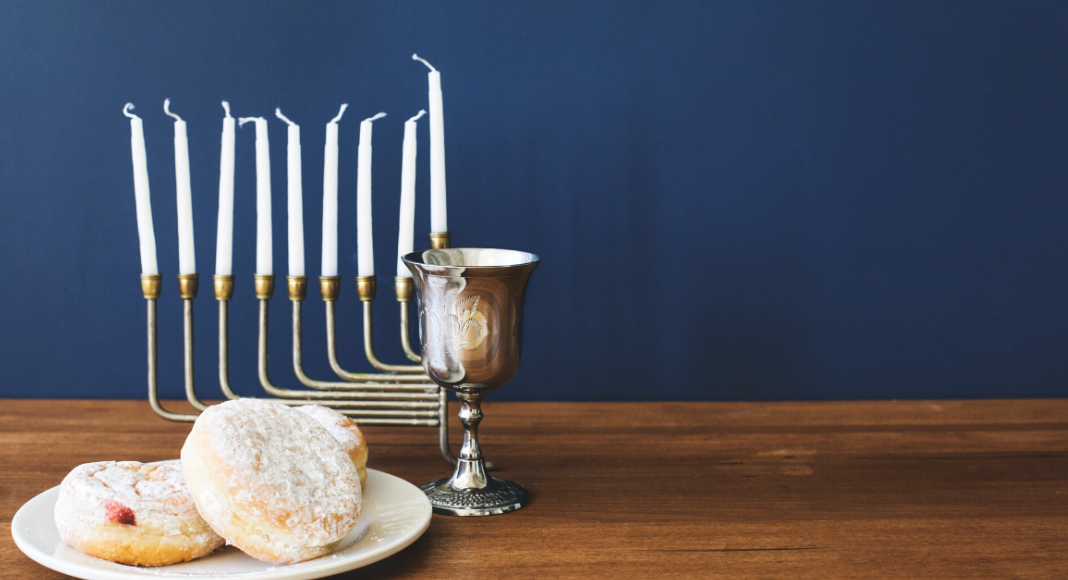 Despite not celebrating the holiday of Christmas, I love this time of the year. I’ve always known there was no Santa, but when I was 5, I made my parents take me to every mall Santa within a 20-mile radius. As a family, we take a drive to look at holiday lights. I’ve run a few holiday-themed 5k’s. Last year, I hung stockings in our house because the previous owners left the hooks in and I wanted to make use of those hooks! However, the presents put into those stockings were for Hannukah. I also like holiday music playing on the radio and in the stores. (Fun fact: Some of the most well known Christmas songs were written by Jews – White Christmas, Silver Bells, Rudolph the Red-Nosed Reindeer, Let It Snow, The Christmas Song and many more!)

If you want to know what Jews do on Christmas Eve or Christmas Day, I can tell you that a lot of us are looking to get a table at the best Chinese restaurant in town where the meal turns into a holiday event in itself because we end up bumping into fellow friends and acquaintances throughout our communities who have the same idea. Eating Chinese food on Christmas might be one of the more practiced Jewish-American traditions.

Hannukah, also known as the festival of lights, is a Jewish holiday that celebrates the re-dedication of the Holy Temple. While the exact dates of the holiday change from year to year, it almost always falls around the Christmas season. This year the third and fourth night of Hannukah fall on Christmas Eve and Christmas Day, respectively. So in addition to the annual tradition of Chinese food, many of us will also be celebrating Hannukah and the traditions of that holiday, which include lighting the menorah, playing dreidel, and eating fried foods like latkes and jelly donuts.

When someone assumes I celebrate Christmas, it doesn’t make me upset. I know the intention is a good one and a way to connect over this time of year. I sometimes answer “Well, we celebrate Hannukah,” and sometimes I just go along with it because I’m short on time and I know the person was just being nice. To those who find themselves frequently using the Merry Christmas greeting, perhaps take an extra two seconds to ask beforehand, “What do you celebrate this time of year?” Because Jews are not the only people who don’t celebrate the holiday. Maybe it’s Hannukah, or Kwanza, or nothing, or something else entirely!