Keep your shoes on, USA. In the Vice Presidential debate of 2020, then Senator Kamala Harris had to repeat herself multiple times when being interrupted by saying, “I’m speaking.” Those two simple words (or three if you’re counting the contraction, for my fellow nerds) are so powerful in an age where women – and especially women of color – are still so far from true equality in this country.

Regardless of your political affiliation or whether you agree with everything she stands for, we women can all agree that Vice President-Elect Kamala Harris broke barriers this past weekend and shattered a glass ceiling that has been in place for almost 250 years. Ratified almost exactly a century ago, the 19th Amendment to our Constitution gave women the right to vote. Keep in mind that it took almost 150 years for women (and just white women) to get that right. It took another almost 50 years for Black women to be able to fully execute that right.

It is an undisputed fact that white men have been predominantly running and leading this country since it became the United States in 1776. It took almost 250 years – 25 decades, 2 1/2 centuries – for a woman to hold the position of Vice President-Elect. The majority of those burned during the Salem Witch Trials were women. Why? Because men were made uncomfortable by women who refused to conform to the rigid roles set in place for them, those of wife, mother, and caretaker. How dare we “rise above” our stations or think independently?! The only explanation is that we must be witches and burned at the stake. Right?

Thank goodness I live in the 21st century and not in those days. I surely would have been deemed a witch by this point in my life. I pursued higher education. I dated both men and women. I dated those of various races from both sexes. I was married and then divorced. I had a child out of wedlock. I’m in a relationship, raising that child, with someone who is not her father. I am a white woman with a biracial child and a Black partner. Pretty sure this all qualifies me as a witch in those Salem days of old. The Salem Witch Trials pre-dated the founding of this country {1692}, but it happened with settlers (we won’t get into how the Native Americans were treated in this post) of this country that founded these United States.

I say all of this only to show where we started over 300 years ago and how long and hard this road has been to get women to the place we FINALLY arrived in this past Saturday. Women have been trying to speak up for centuries. We now finally have a voice. It’s long overdue, but I’ll take it. VP-Elect Kamala Harris has helped empower we mothers and our daughters to say, “Excuse me. I’m speaking,” when others try to force us into our corners that make THEM feel safe and non-threatened.

A special thank you to my sisters of color throughout history and this country that showed up and showed out to be the driving force of helping elect a female woman of color to one of the highest positions in our nation for the first time in our country’s history. Kamala Harris kicked out that glass ceiling in her Converse Chuck Taylors on a Saturday. My sisters, daughter, and I have always loved our Converse, but now we love them even more. Keep your shoes on; there’s glass everywhere. 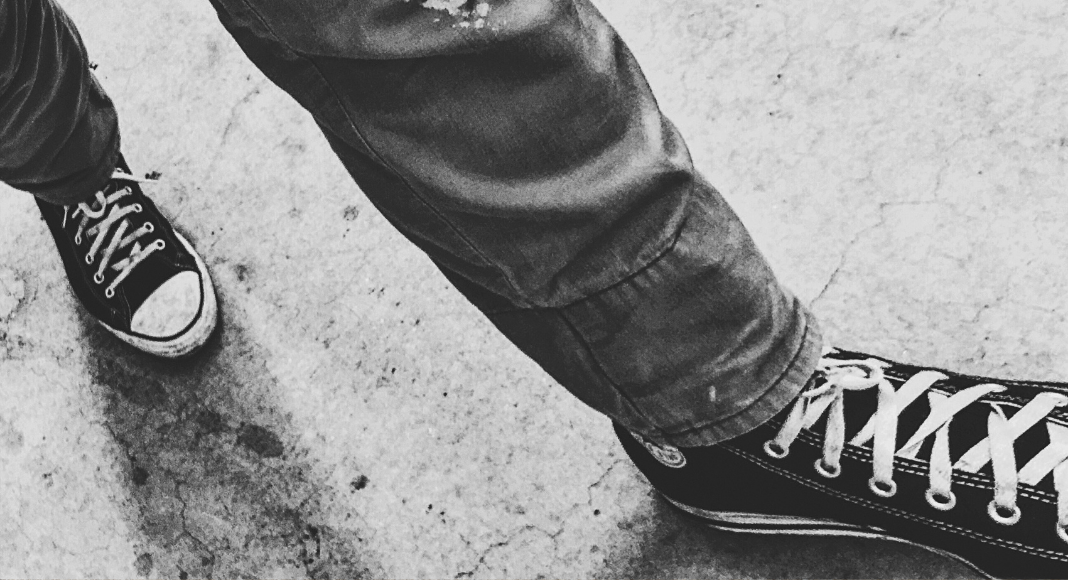 I wrote the following on the evening now President-Elect Joe Biden selected then Senator Kamala Harris as his running mate:

“You could grow up to be President.” 👩🏽‍💼This is something I can now say to my biracial daughter and actually believe it could be possible one day.

On August 11, 2020, history was made. A woman of color is on the ticket in a presidential race in the United States of America. Regardless of your political beliefs, this day marks a new day of hope for all our children of color in this country, and especially our daughters.

For months, the cry has been made for Americans collectively to recognize that ✊🏾Black Lives Matter. My daughter matters. Your daughters matter. Your sons matter. A woman of color is that much closer to possibly being President of our country one day, and Kamala Harris is now a symbol for my daughter that she truly can dream as high as she desires. Senator Harris can be that for your children as well.

Empower your children. Encourage their dreams. Teach them kindness, respect, and love. Help guide them to make the next generation better than the ones before. This day, a woman of color made history. One day, my daughter (or yours) might be next.

Today, as I write this post, I feel even more hope and take such joy in seeing the excitement my daughter is feeling with witnessing a woman who looks like her win the Vice Presidency. Almost four years ago today, on the day after Donald Trump, was elected President, my daughter was chased home from the bus stop by two young white boys who screamed at her, “Trump hates brown and Black people – Trump hates YOU!!” She was six at the time. Our children are not born to hate; they are taught to hate. Please teach your children to love and respect everyone else, even if they don’t look like you or believe exactly as you do.

We didn’t think we’d have to talk to her about racism at such a young age, but the climate of our country forced us into it. Over these past four years, she has had to see the killing of our Black men and women by police officers on the news and has been in tears next to us, crying, “I don’t like racism.” She is tender-hearted and just wants to love everyone and be loved by everyone. We had hoped she would remain innocent for much longer, but she was robbed of that. Kamala Harris being elected the Vice President made her scream, “Yas yas yas!” in her classic tween style. She feels hope again for people that look like her in this country.

“What I want young women and girls to know is: You are powerful, and your voice matters.” – Kamala Harris

I asked the others with daughters on our team to share what this moment in history meant to them, and I’m honored to share the words of Contributor, Elissa Menefield:

When my husband and I were dating, I had several people who are close to me explain that if I married him and we chose to have kids, I would be choosing lifelong hardship for my children. I would be choosing a life for them where they would experience judgement, hate, and cruelty all because of the color of their skin. Systemic racism would work against them, and life would be hard. While there are many layers to just the sheer fact that people felt like they needed to have these conversations, I want to be very clear – their skin is brown, but their hearts and brains are gold.

When I look at my children, I see their beautiful, brown skin. I see the hardship of their ancestors and the work that still has to be done. But now, thanks to Kamala Harris and all the brown women who have come before her, I see hope.

My daughter received a book about Kamala Harris from a dear friend several months ago. We had been reading the book and talking about her story for months when President-Elect Joe Biden announced her as his running mate. Even though she is three years old, we explained to her, as best we could, the importance of this. We explained the role of the President and Vice President and showed her our ballots and brought her with us to drop off our votes. On the day the winner was announced, through a flood of tears and emotion, I said to her, “Kamala Harris is going to be our Vice President!” She smiled big and yelled, “I’m so excited that our helper president is a brown girl like me!” It was history, and it was instant. Brown girls everywhere saw themselves in her. They saw their power and their potential. They saw, for maybe the first time ever, that they really can be anything they want to be.

Do you have daughters? What does Kamala Harris’ election to Vice President mean to you? Share in the comments! 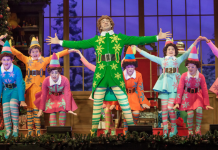 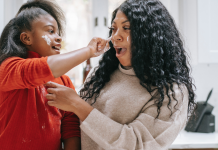 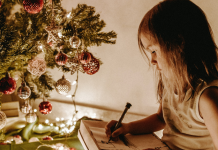 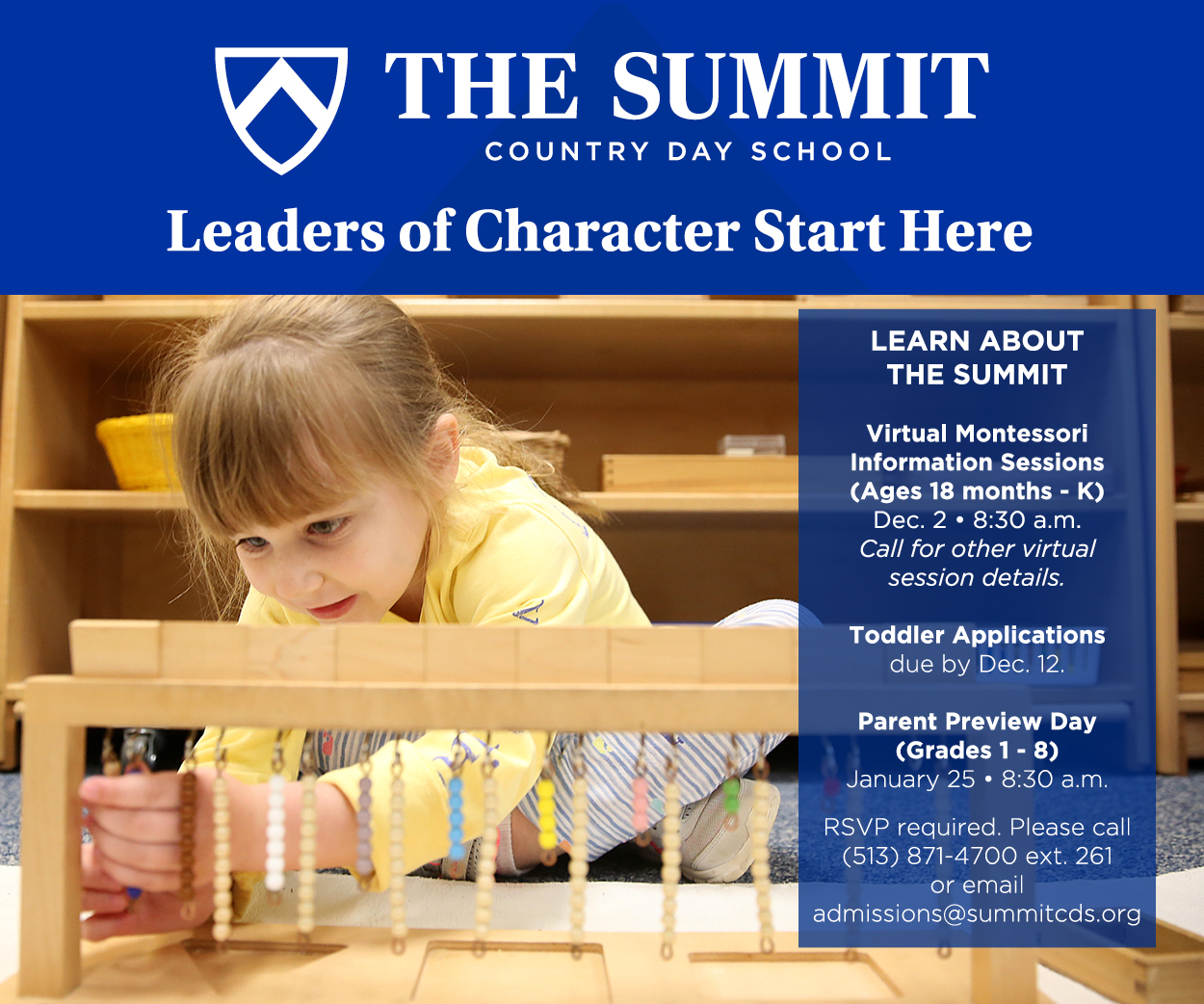