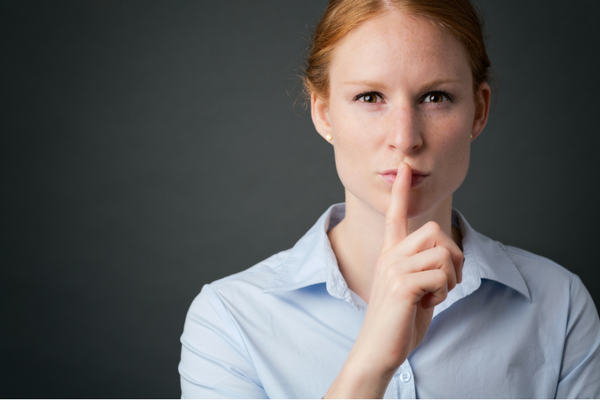 Sometimes it is a little white lie. “Yes, I see. That is the best cat drawing I have ever seen!” Sometimes we tell lies for self preservation. “No, I haven’t seen the last two chocolate chip cookies,” when you know damn well you ate them the moment the kids were on the bus that morning. And many times it is a lie to protect. “The deer we hit going 75 MPH on a dark highway will be just fine. He ran home to his mom.”

Lying is part of the fabric of motherhood and anyone who says otherwise is, well, lying.

My husband and I disagreed on this subject. He thought being honest with kids is important. That they had to trust us and lying would destroy that. Many times he ratted me out like when I told my daughter “I don’t know where your (Insert toy, dress, picture, cookie) is.” One day he overheard her question and piped in, “Oh, your mermaid dress? Mom threw that away weeks ago because it had a hole.” Three hours later, only promises to buy a new one stopped the tears. Before you judge too harshly, I threw away that dress with the hole BECAUSE SHE HAD TWO ALMOST IDENTICAL MERMAID DRESSES! But apparently the one with the purple AND green sparkles was just so special to her.

As my daughter and all her girly angst have grown, my husband is changing his tune. My son has never been an issue. He has always taken things at face value and at 13, we mostly tell him the truth, except maybe glossing over some of the dumber things we did in our youth. But with the 8-year-old girl, he realizes EVERYTHING is drama and sometimes, a little lie saves our sanity. Or hers. I lied about the disappearance of a certain robot block app that was not age-appropriate when I had not yet recovered from the YouTube banning week-long drama. I lie when I tell her that her early onset puberty won’t be a big deal. And I lie when I tell her that I am not worried that her dad has cancer.

Will all these lies come back to bite me? Maybe. But as my kids have grown and learned about the lies we told, they laugh and they appreciate why we told them.