So often I spend time thinking about what needs to be corrected, what I need to change, what systems need to be set in place, what language I need to use… it’s freakin exhausting! I end up being so serious, yell a lot, and end up so grumpy that it’s hard for me to even think about having fun with my kids after they have drained every ounce of fun I had in me… or of anything else for that matter. 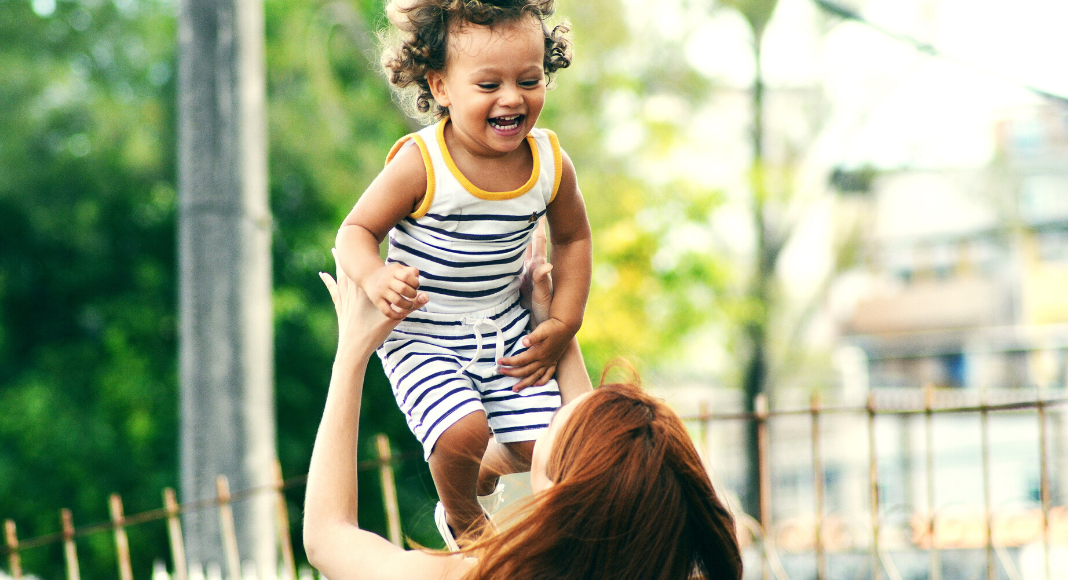 TODAY started off rough with the typical yelling and screaming first thing in the morning. Oh how much I miss waking up to an alarm clock. Or how about on my own because my body got enough rest? I don’t think I’ll ever see those days again. Sigh.

Anyhow, I had a pretty awesome day overall. Both of my kids fell asleep on me while I too fell asleep watching some TV. We were tired! We had snacks, played outside. Yes, I actually got in their little pool and played with them versus sitting by a chair and watching them. We came inside and waited for daddy to come home with pizza. It was taking a bit… and then it happened. They got me laughing so much, I almost peed my pants!

Yup, I had to get up quickly and run to the bathroom so I could pee in the potty instead of my pants. I was dying of laughter and having fun! It felt so amazing and so alleviating. They say there’s no therapy like laughter and I can see why.

It all started with a simple cuddling game I had with my daughter. I was sitting on one end of the couch and she got curled up in a space I didn’t think she could get into, but she did. I was hugging her and then placed my cheek on her cheek, enjoying the squishy, cuddly moment with my baby girl who is growing much too fast. Then she started saying “pannn” and every time she said it, I would kiss her cheek. It wasn’t long before she noticed I was playing with her and it got her to laugh.

Then it turned into a kissing game and she would pretend to turn into a frog after kissing me. Soon after that, my son joined in and wanted a kiss and hug me, too. Somehow, it turned into tickling and making the snorting sound. Before you know it, they were all over me trying to kiss my belly and tickle me at the same time. These kids had me going off the deep end with laughter.

I could not control them as they were getting too big for me to pick them off of me like I used to when they were smaller. My daughter is 3 and my son is 2, and they’re both quick and strong. I just could not stop laughing and the more I laughed, the more they laughed. I got to a point where I had to get up because I needed to catch my breath but I couldn’t get them to stop and neither could I. I was tapping. I was saying stop. I was saying ok enough. I was saying I have to go pee. NOTHING WORKED! And the sounds of a hyena and snorts of a pig kept making an appearance from me.

I can’t remember the last time I laughed so hard, but it was time to bring it to an end.

It was either that or I would soon become a hypocrite for peeing my pants while on the couch and not peeing in the potty as I so often tell my son; who’s 95% potty trained. I muscled my way to getting up and finally made it to the bathroom. Such a relief! I just sat there, smiling and “grinning like mule” (as my dear mother-in-law would say), just thankful that I had that moment with my kids. We all needed that.

We’ve had too many tense and serious moments and it had been a while since I laughed and played so much with them. It actually felt good. I always have so much on my plate, stuff doesn’t get done, the list keeps growing, things don’t go the way I want them to, etc. I threw the towel in and gave in to their playtime and had an awesome 15-30 minutes of a pure hardcore, laughter workout. It was flippin’ awesome! I loved and enjoyed every moment of it.

So what’s the message here? If you can’t win, throw in the towel and play! Or laugh in my case. Life with your kids is where days are long but the years fly by, therefore laugh with them often. It’ll make for better memories for you and especially for them.