I have a confession to make: I don’t do monthly milestone photos with my baby. Those cutesy, posed photos with the stuffed animals and belly stickers, with a clever caption of their stats, likes, dislikes, and achievements?

Nope, not me! Not anymore.

Even when I did take photos, they were typically late by days, sometimes weeks, which kind of defeats the purpose. And I rarely shared them on social media, which is the whole point, right?

Why even take photos if you don’t post them? 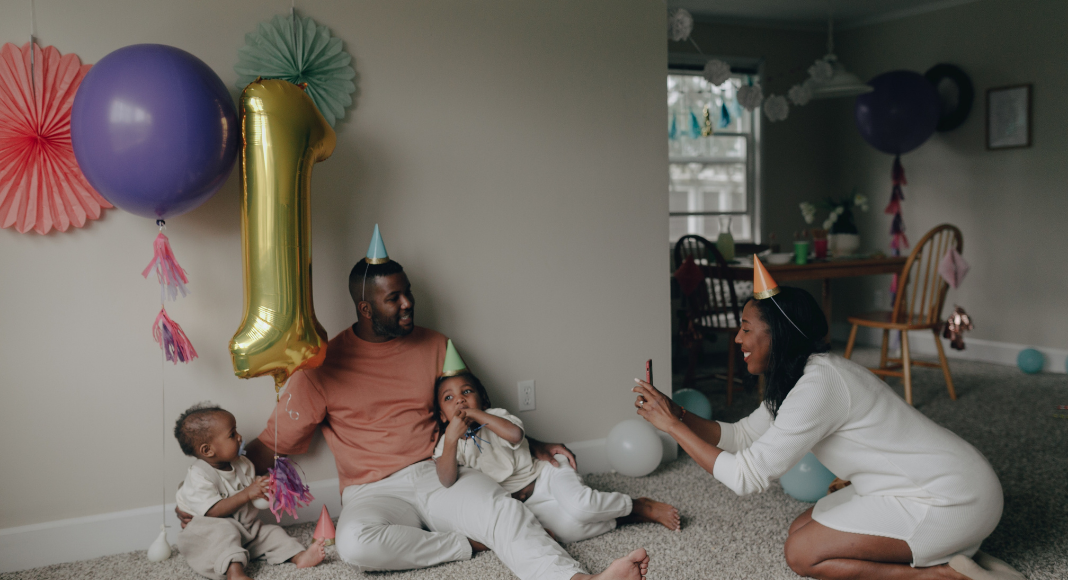 In today’s look-at-me culture, people often post only the good parts. I learned pretty quickly that it all just seemed ingenuine. And for me, unlike most moms posting on social media, it took a lot of effort.

Halfway through the year, I started sitting my firstborn on the rocking chair with his stuffed animal next to him. But I felt like I needed a photo of him lying on the blanket, too. And a full-length photo AND a close-up, one with his chalkboard, one in a similar onesie throughout the year AND one in a cute outfit.

My expectations and needs got to be too much.

I constantly disappointed myself. I was a failure. The previous month’s shortfall only added to my anxiety the next month. My husband would remind me that I DID get monthly photos, just not exactly the way I wanted on the exact date.

The purpose of the photos is just to document how our baby looks. Even if I didn’t include belly stickers, or blocks, or a special milestone blanket, I still had photos.

Milestone photos were something I regretfully had to learn to let go of as a mother of two. Now, if I have another baby, I can’t promise you that I WON’T do milestone photos with baby #3. I WILL buy that special stuffed animal to give him or her at birth, and I might get some blocks or milestone cards. I might even pull out that dust-covered chalkboard. But instead of becoming a slave to the perfectionism of getting the milestone photos just right, I will focus on capturing how my baby looks and acts right now, in this authentic moment. I will learn to revel in the good enough.

Instead of only posed, staged photos, why not also focus on the real moments that happen with our littles? Instead of being fixated on using the perfect blankets, belly stickers, or blocks, why not capture our babies as they are in their natural environment, showcasing their new abilities and milestones each month?

Instead of forcing photos and trying to create specific contrived moments, I will strive to capture all the silliness, giggles, and love as they come.