For years, my husband and I tried to conceive a child. It was a trying time – one that tested our marriage and made us question our commitment to becoming parents. We realized, to become parents, we would have to pay thousands of dollars out of pocket to conceive our child in a doctor’s office – otherwise known as intrauterine insemination (IUI).

When the doctor told us there would be a 30 percent chance to conceive twins with IUI, we didn’t bat an eye. Of course, we would like two babies! Who wouldn’t? 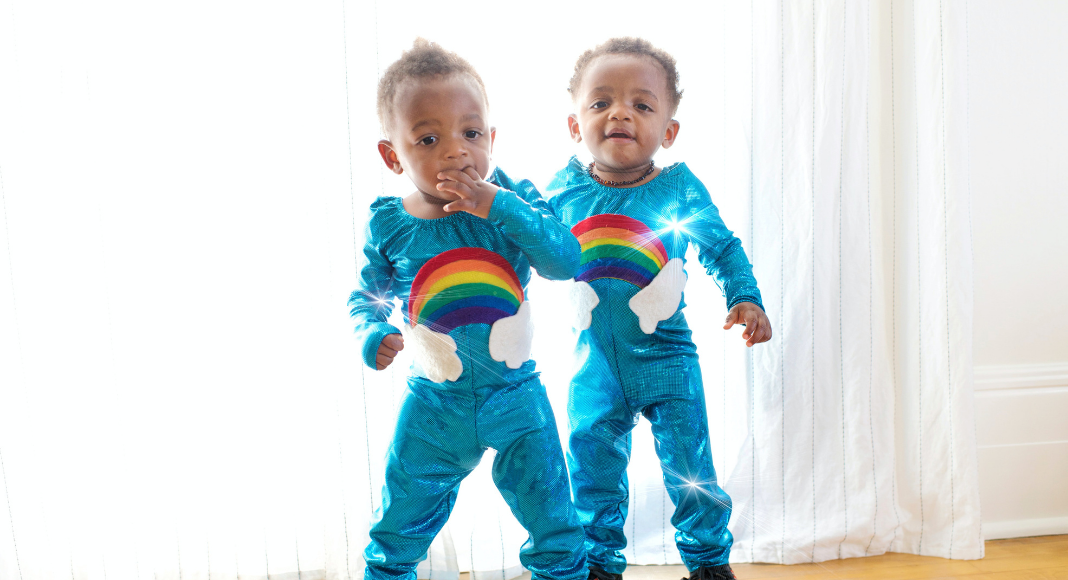 The minute we were told we were pregnant with twins, I was overwhelmed. Everyone around us seemed to be elated – screaming off the rooftops, “Double the love!” and “Twice the blessings!” Although I didn’t know how truly difficult it would be – I knew it would be harder than having a single baby, and I began to question whether we should have done fertility treatments.

What had we done?

When the twins were born, every part of me felt like it was being split in half. Neither baby got the memo that they were twins, either. There were two of them and one of me. How could I give each baby everything they needed when I was struggling to keep my head above water?

Something I realized early on was that I couldn’t find anyone that could relate to me. All my friends had a single child. I wanted to meet other twin moms, but I also didn’t feel comfortable enough to be out in public with two infants. When I was, I had to stress about all the unknowns. How would I keep the stroller/babies dry if it rained? Would my double stroller fit through the door? Would someone hold the door for me if I had something in my hand? What if both babies needed soothing? How would I feed both babies in public?

Don’t even get me started on all the twin questions and comments… “Are they twins?” “Are they identical?” “My grandpa’s sister’s brother-in-law was a twin!” “Were they planned?” (I don’t even know how you answer that). “I always wanted twins…” It was (and still is) exhausting.

I found myself in a catch-22 situation.

Not only was I overwhelmed about feeling inadequate as a mother, but I also felt guilty for not feeling joyful or appreciative for having twins. Before they were born, my heart ached at the thought of not having a baby. I had been willing to do any procedure under the sun to create a baby (or babies) with my husband. During difficult times with the twins, I often felt resentful of my fertility doctor, my husband, and myself for getting pregnant with twins. I would ask myself – what if I had been more patient?

Let me be clear. I wouldn’t give my twins up for the world. I do not regret their lives – but I sometimes wonder what life would be like had they been siblings, not twins. It feels wrong to ask that question but at the same time, I think it is totally normal. Don’t we all have “what ifs” in our lives?

We obviously cannot go back in time – but what we can do is make peace with the present. At 3 years old, my girls are still difficult to manage. Big toddler emotions are EXTREME when they come in pairs, especially when they play off each other. But you know what? I must be kind to myself. I did the very best I knew how to do at the time, and I continue to strive to be the best twin mother I can be. And that, my friends, is all that matters.