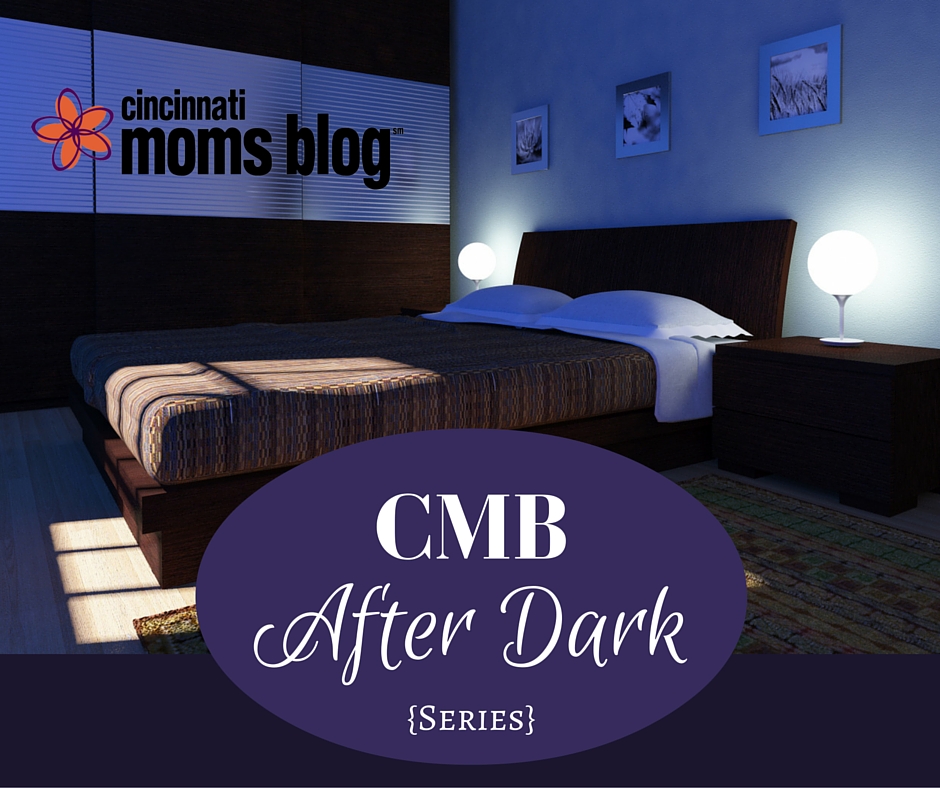 We had been whispering in each other’s ears all night, holding hands. We spent the night talking closely, drinking cocktails, and dancing. When we got to the bedroom, he pulled me in a close embrace and kissed me.  Hard. We fell on the bed and ripped each other’s clothes off. We were both sweating from the summer heat and the heat of our bodies meshing together as one. It was hot.  50 Shades of Grey hot. When we were finished, we took a cool shower together, kissing and giggling. We fell back onto the bed in our towels, happily exhausted and I dozed off into blissful sleep. When I opened my eyes the next morning, I was staring into my daughter’s face as she twirled my hair, sucking on her…wait a minute. Damnit! It was only a dream! My husband lie on the other side of our daughter snoring sound asleep. Ugh.

I had been dreaming about the one night stand I had when traveling abroad one summer many years ago. I have to clarify that it was the only one nighter I have ever had. It was after a rough break-up and well, I decided to let loose. It was hot and yes, I still think about that night even though I am married with 2 kids. Do I think about having sex with other men? Yes, I do. But, not in the literal sense. I don’t think about committing infidelity. I don’t think about men I currently know. Sometimes it’s about past relations, sometimes it’s about my husband, and sometimes, I’ll have dreams about celebrities. This one time, I had an amazing dream about Ryan Gosling. Oh. My. God. That was a good one!! I don’t fantasize all the time. I don’t think about other men while I’m having sex with my husband. He might be sleeping next to me, but that’s okay. And no, I don’t feel guilty. Do you know why? Because I have needs. Needs that he doesn’t fulfill.

We often hear about the man’s sexual needs and how he’s not getting any. It’s most likely the male who has the higher drive and the female who “doesn’t feel like it.”  In our society, the male is expected to want it all the time, practically demand it. He’s supposed to be able to turn it on almost immediately. But, this is not always the case. Our relationship is quite the opposite. I’m the one with the higher sex drive and physical needs. I’m not sure I’ve ever turned down sex, unless it was that time of the month. And let me tell you, being turned down does wonders for your ego, and not in a good way. If I want it, I need to pursue and initiate it. But, with the fear of rejection, I end up not doing anything. Except dreaming about Chris Hemsworth.

Our physical relationship hasn’t always been this way. When we first got together, we were like bunnies. Then after we got married, because my husband doesn’t naturally have a high sex drive, we’ve had to work on it. But we did. We had sex regularly and I was satisfied. Add a kid, and it was harder, but we continued to manage relations and it was good. Add a second kid, not so good. Add the stressors of a new job, and well, you can count how many times we have sex in one month’s time, on 1 finger. To be fair, I don’t put all the blame on my husband, I take accountability for my poor sex life as well. I want and need it, but don’t put as much effort to get it anymore. I’m tired. Not in an “I’m too tired tonight and have a headache” way, because sex totally makes my headaches feel better. But because I’m physically exhausted and too tired to put in the effort. I want to be wanted and I want hot sex.

Sometimes, I don’t think it’s fair. I don’t want to put myself out there only to be rejected. I want the stereotypical relationship where I get to turn down sex, where I get to be annoyed because my husband is nudging me any chance he gets. But, he doesn’t. That’s not us right now. At least I hope this is temporary. So, instead, I’ll dream about that one night stand. I’ll fantasize about Ryan and Chris. And nope, I won’t feel guilty. Because it’s harmless. Because it keeps me going. And because sometimes when you’re in survival mode, you need more than chocolate.