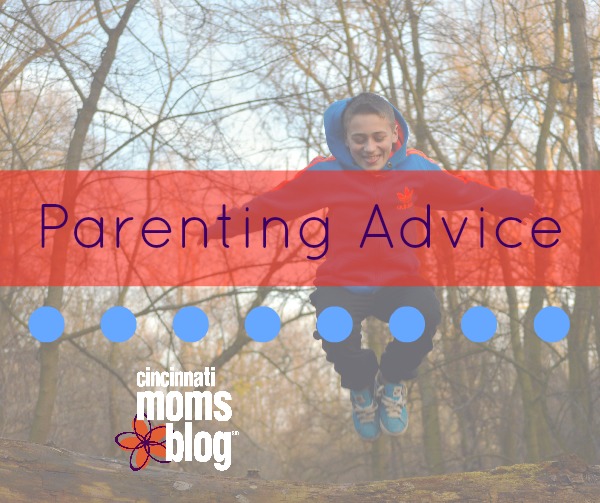 I am not the sort of person who usually solicits parenting advice. By that, I mean, at no point in my life have I ever had a conversation in which I asked anybody for insight about raising my children who wasn’t my wife. I am also not the sort of person who makes it a point to give advice. One time I was put on the spot by my boss at a Staff Meeting/Baby Shower. I said, “Be very careful about what you say and do, because everything you say, and everything you do, they are going to say, and they are going to do.” It made people chuckle.

But, that one is totally true. Just ask my wife, who constantly has to deal with the repercussions of my actions. Like when Milo goes around singing the chorus to Nelly’s “Pimp Juice” for two weeks straight, or when he starts going “Flip-Flip-Flip-A-Delphia” because I went, “Flip-Flip-Flip-A-Delphia” because the flippy-cup episode of It’s Always Sunny In Philadelphia cycled through my mind.

With the recent passing of Father’s Day, I’ve tried to think a little bit about the unsolicited insight and advice that was given to me, that has actually really stuck with me. To be honest, there isn’t much. I should talk to more people. The best piece of parenting advice I have recieved, and taken to heart, was something I heard said by radio personality Adam Carolla.

I first became acquainted with Adam Carolla in 1997. I was in middle school and had the habit of staying up late into the night to either read books or listen to the radio. One night, I caught an episode of “LoveLine” and became hooked. It was insanely funny for an immature tween, but at the same time it offered a fascinating look into the minds of people across the country, particularly regarding their problems. From them, I learned how important it is to have a solid, supportive, stable family environment, as each night the stories of how poor parental decisions pushed people down dark and depressing paths.

Yet, the best piece of advice didn’t come until many years later, when Adam began hosting his own podcast. A new father himself, he told the listening audience about how each night after dinner, he and his kids would have a dance party. Each night they turn on some music and romp, dance and play. He explained how disengaged his own parents were growing up. How each day, he would watch them come and go from work, and plop down on the couch, as though they weren’t able to pull any enjoyment out of life.

Carolla explained that when when his kids look back on their days together, he wants them to know and remember that he enjoyed them. That having them around made him happy, they brought him joy, they added something to his life and made it better. He said that he felt part of his job as a parent was to make sure his children knew that they were a constant source of joy.

Twenty, fifteen, even ten years from now we can talk and laugh about how infuriating it can be to be a parent sometimes. Like those times when it got near 11:00 and you are ready for bed but your child is still trying to perfect his “No Pants Dance”. All he needs to know is that my world is a better place with him than without, and that singing “Pimp Juice” in public, while hilarious to me, probably won’t win him many fans outside of the family.