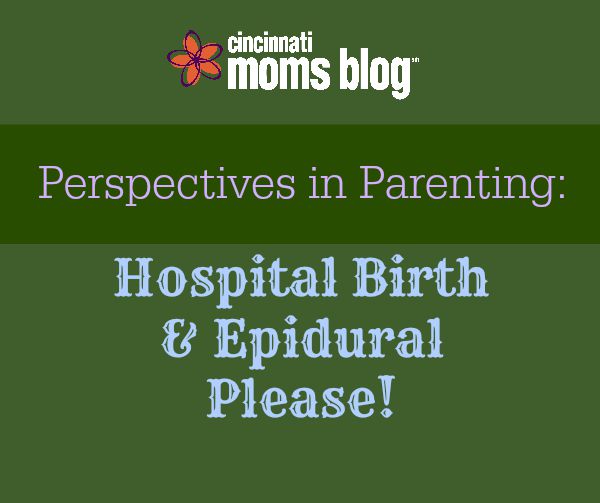 When I was pregnant with my oldest, the topic of his delivery inevitably came up numerous times. People were so curious about my “birth plan” and whether I was going to “tough it out and go natural”. I never quite understood this fascination…the end goal is a baby, so does it really matter how the mother chooses to bring the baby into the world? Maybe for some it does, but for me, in the grand scheme of things, whether or not I chose to have an epidural seemed pretty minor.

Regardless, it was a question I fielded frequently. Fortunately, it was also one that I, without question, was easily able to answer. I knew at least one person who fit each of the various “birth plan” categories: pain-med free in the hospital, homebirth, IV meds but no epidural, birthing center, epidural in a hospital, C-Section. I respected each of their decisions (and, sometimes, it wasn’t their decision, but it was their experience nonetheless), but I knew what my choice was going to be. Unless some crazy act of circumstance prevented it, my son was going to be born in a hospital, and I was going to have an epidural. And so were any future children I may have. And that was the extent of my birth plan: let’s do this thing in a hospital with pain meds, let’s keep us both safe, and let’s have a baby!

As it turns out, my babies apparently like to incubate, so they had to be encouraged to make their entrance into the world. Both kids were scheduled inductions after 41 weeks, though the inductions looked different both times and were executed to varying degrees before the little ones decided to arrive. While I would have loved for them to arrive earlier, and without any prodding, there are some benefits to an induction (knowing when you’re going to the hospital is a big one!) And I got my wish of having my kids in the hospital with IV pain meds and epidurals. While their journeys into my arms were more similar than they were different, each birth experience was definitely unique. (But that’s a subject for a whole separate post!)

I was blessed with easy (if long) pregnancies and quick labors, so I’m sure that I could have delivered without medication. But here’s the thing- I didn’t want to. And since there are so few things you actually can control in pregnancy, parenting, life- I wanted to at least have this.

I’ve never regretted my decision to get an epidural.  Nor have I felt the need to defend it.  And if/when a third child comes around, I fully intend to have an epidural again. Because I can. Because my babies were perfect and present and alert immediately following birth, even though I’ve heard epidural babies are none of these things. Because my recoveries weren’t particularly difficult. Because I felt fully present for their births. Because holding those babies in my arms for the first time was the MOST important- and though I’ll always remember how exactly they came into this world, that will be just a small piece of the stories of their lives.