I am a quiet person who enjoys hushed tones and silence. When I had my son, I had to make a conscious effort to talk to him because my natural instinct is to observe, get the job done, and keep my mouth shut. As it turns out, it wasn’t too difficult to adjust to being more communicative and W made a lot of noise himself, so it wasn’t totally one-sided. I read to him, sang to him, and asked him all kinds of questions. Based on my intense and constant scrutiny, he seemed to be developing quite normally, until one day I had to admit that he wasn’t. 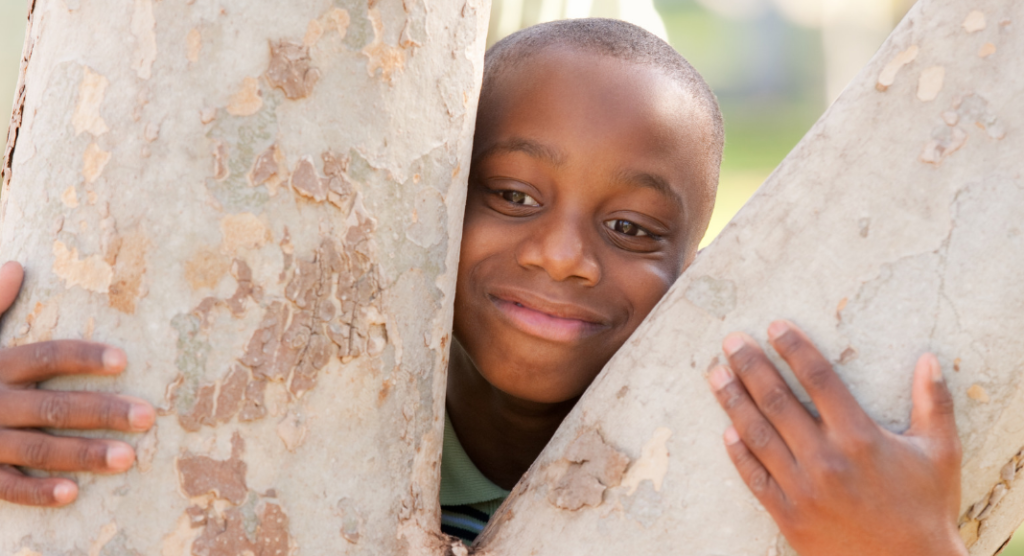 W had just turned two when we realized (read: admitted to ourselves) that he didn’t seem to be doing some of the things that his peers were. He was having lots of meltdowns over tiny little things. I know, I know, that’s just what two-year-olds do, but this seemed different.

Like, hardly at all. He pointed to things, he grunted, and he got really upset and frustrated when his father and I had no idea what he was trying to communicate. He wasn’t playing with the other kids in daycare. He would more often than not sit away from the group and play by himself or just stand on the sidelines and watch his peers. He was sometimes difficult to engage in any type of interaction. It was stressful and upsetting. I was worried.

We called First Steps, Kentucky’s statewide early intervention system that provides services to children with developmental disabilities from birth to age three and their families. Being completely honest, it was extremely difficult to even make the call because I was admitting that something was “wrong” and that I couldn’t “fix” my son.

There was a lot of guilt and self-criticism too. Why hadn’t I identified this behavior as a problem sooner? Why did I wait so long to call? Was my son going to have a different and possibly more difficult life than the one I had imagined for him?

A social worker was assigned to our case to guide us through and help coordinate the process. The initial concern was that he wasn’t speaking because of not being able to hear, possibly due to the numerous ear infections he’d suffered under the age of one. He had finally had to get tubes placed at eleven months. His hearing was tested at CCHMC and once it was deemed within the normal range, he was evaluated by a therapist to determine if the problem was communicative or social and the severity of the problem.

It was ascertained that he had a speech delay and qualified for an Individual Family Service Plan. He met with a speech therapist for one hour every week for one-on-one exercises in our home. I started talking more than I had been, pointing out everything of interest during car rides and saying hello and goodbye to everything and everyone we passed or met. I also ramped up my bedtime reading routine. It was suggested that one of several books read each night remain constant – Goodnight Moon was the chosen tome. Additionally, we made the decision to switch his daycare provider. Progress was slow at best.

Months before he turned three, we had to start the process of having him evaluated at the local public preschool to determine if he qualified for further therapy. He qualified and the week after he turned three he started attending public preschool as a Special Education student. We worked with the staff speech therapist to discuss challenges and create goals for W’s Individualized Education Plan (IEP). He would continue to have one-on-one speech therapy. Progress continued to be slow, but there were some improvements. He would occasionally join other kids in play but was still a loner most of the time.

He continued saying words here and there. Most of his speech was still unintelligible but he was making more of an effort to speak. Some people were very critical of his progress and would sternly tell him to “quit talking like a baby and talk like a big boy.” How ignorant and maddening! The implication was that W was just playing around and purposely not speaking “correctly.” Others complained that their kids had started speaking early and hadn’t been quiet a day since.

[quote]I was envious of these parents. They could ask their kids questions and get answers back.[/quote]

W shared very little to nothing about his time spent out of my care. I would ask him questions about his day and he would stare out the car window as if I wasn’t speaking. I ascribed part of this behavior to his gender, but I felt I was missing out on so much more.

I did consider myself lucky that in every other way he was developmentally where he should be. He was sweet, had good coordination, knew his shapes and colors, and loved to be read to. He was even getting better about playing as part of the group and spent less time off by himself. Despite all of this, I occasionally felt embarrassed by his Special Education status. I knew that he was clever but felt that others were harshly judging my intelligence or parenting based on my son’s performance in their presence.

Right before turning five, his speech quickly and starkly improved. Within the first weeks of returning to school, he was speaking in short, complete sentences. It was truly amazing. This trend continued for the next few months with lots of new vocabulary to boot. A year later, his father and I met with his kindergarten teacher and speech therapist for our annual review of W’s Individualized Education Plan. We were told that W was exactly where he needed to be for his age, and that his teacher hadn’t even identified him as a kid who had ever required speech therapy. My heart swelled to hear this assessment of my son.

He officially “graduated” out of Special Education in October 2015. He still chooses to play on his own sometimes but I don’t see it as him feeling like an outsider. As an only child, he is very good at playing independently; this is something for which I am grateful and this ability serves him well. He is a confident little guy and he has no trouble communicating with his peers. I am consciously aware of how wonderful it is when he gets in the car and tells me a story about his day. It’s not just noise; it’s him sharing his life with me and it’s precious. I sat and listened to him initiate a conversation with a friend yesterday and my heart exploded just a little bit.

He has found his voice and he is finally being heard and understood.