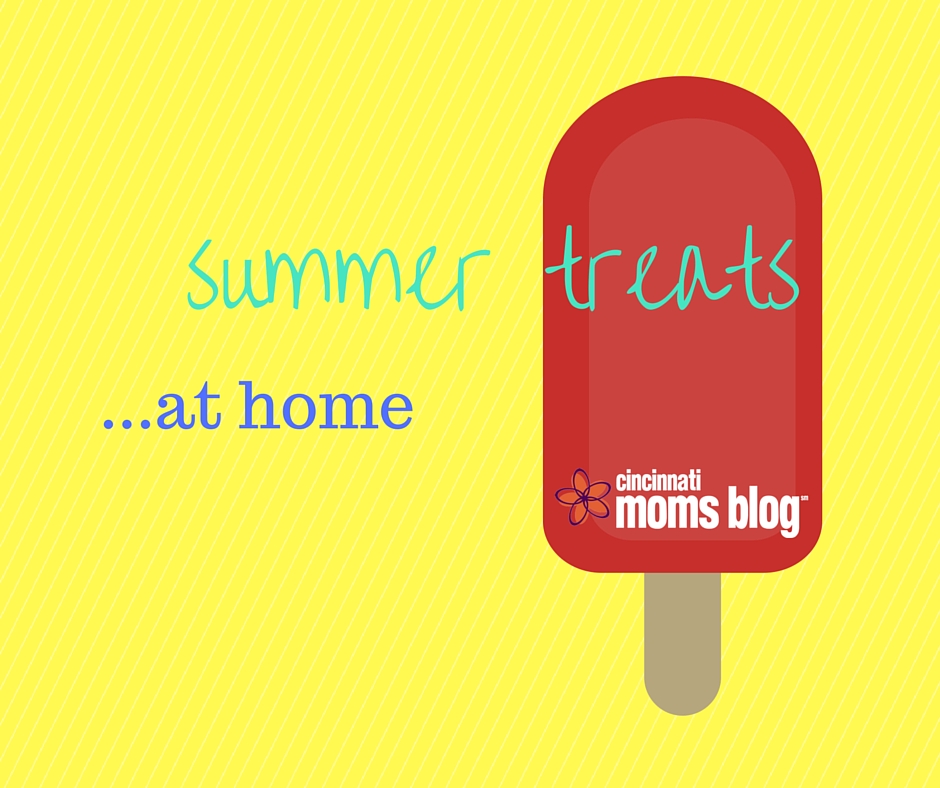 One of my favorite parts of summer is the food. Corn on the cob, grilled anything, watermelon, summer fruit and garden fresh veggies. I can’t get enough of the fruit and veggies. But the best foods of summer that tops them all are the frozen treats. Yup, I’m talking about popsicles and ice cream!  I can’t think of anything else that triggers joyful childhood memories in the summer than hearing the ice cream truck. That same old tune of Do Your Ears Hang Low playing over and over again which still makes me want to run in its direction. I also used to get the same thing. Every.Time. An orange push pop. We don’t have the ice cream truck frequent our neighborhood, but we do have an ice cream shop within walking distance, Algamesis. And just like me, my daughters get the same thing every time; strawberry ice cream. In their defense, it is the best strawberry ice cream in town! I love that Aglamesis is so close and can take my girls for a walk to get ice cream. But, what I actually love even more is making ice cream and popsicles at home with my girls. 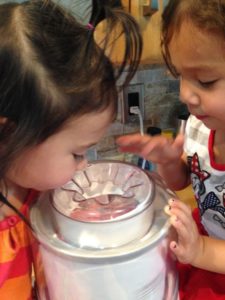 My love of popsicles came from teaching in Chicago. After school on warm days, there was a paleta(popsicle in Spanish) cart that would annoy parents into buying their kid a popsicle. The flavors were ones I had never had before; rice pudding, coconut, and cinnamon chocolate. There were also kid favorites like strawberry and watermelon. These popsicles were so tasty and refreshing. I hadn’t seen any paleta carts here in Cincinnati, so I decided to make my own. I took a hiatus since our ice cream maker broke and well, with young toddlers, life got busy. Since my kids are a little older and really great in the kitchen, I decided to dust off my popsicle molds and get out my recipe book. 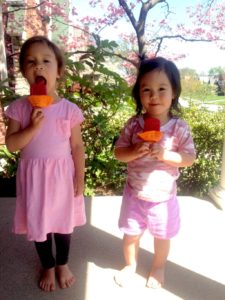 I have two sets of traditional molds which set the good old fashioned way in the freezer. These days, you can also get a quick-setting popsicle maker where they freeze in 10 minutes. I actually had one of these, but it broke after one season. So, this summer, I decided to go back to the slow method. Most molds have the drip guards for the sticks. Molds come in a few different sizes, which is nice because I don’t think my toddler kids need a full huge popsicle, even if they are homemade and slightly healthier than store bought. Most molds are fairly inexpensive and can be found at any store during the summer, even the Dollar Store. If you want to go super old school, you can just use paper or plastic cups with wooden popsicle sticks. A trick I learned to help with dripping is to use cupcake holders, they work great. Here are a few of my favorite Popsicle Recipes. I’ve done simple recipes to a little more complicated. If you’re feeling creative, you can make up your own recipe. I’ve even done my favorite as a kid, Jell-O and pudding pops. Lemonade or any juice with chunks of fruit make for easy popsicles, too. The kids love them all.  The only thing they don’t like is waiting for them to freeze! (If your kids still nap, I would recommend making them right before nap time so they can have their tasty treat when they wake up.) 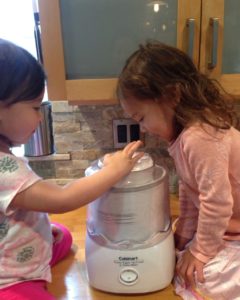 As far as ice cream, I prefer a scoop over a popsicle, but a batch is definitely more complicated to make. I got into making ice cream when I was pregnant with my first daughter. I had a craving for sweets and found a great deal on an ice cream maker. It took me a little practice to get it to where I want and I still wouldn’t consider myself an expert. Experts will say the machine you use matters as far as churning out the smoothest ice cream and sorbet, but I’m not looking to be an expert. I had a Kitchen Aid attachment that worked great, but the bowl started leaking after a year of use. I found a slightly used Cuisinart for $20 and it has been working great so far this summer. As far as recipes, I have used a few online, but most are from from my gelato book. I won’t go into the difference between gelato and ice cream(because I’m not 100% clear). All I know is after I spent 6 weeks in Italy awhile back, I became obsessed with gelato. The most creamy and smooth recipes I’ve made are gelato recipes using milk, cream, and egg yolks. It is a bit time consuming, but so worth it! Making ice cream may sound like a lot of work, but it doesn’t have to be. I know a lot of you out there have a machine you received for wedding or shower gifts, but it’s still in the box. Now’s the time! Give one or all of these Ice Cream Recipes a try. I’ve included some simple sorbet recipes as well as some gelato recipes. And if you still want homemade ice cream without the work, you can buy ice cream starter kits where you just add milk and cream (I’ve seen them at Williams Sonoma and Sur La Table). If that still doesn’t work, here’s a fun ice cream recipe the kids can do using Ziploc bags.  So get churning and have fun!