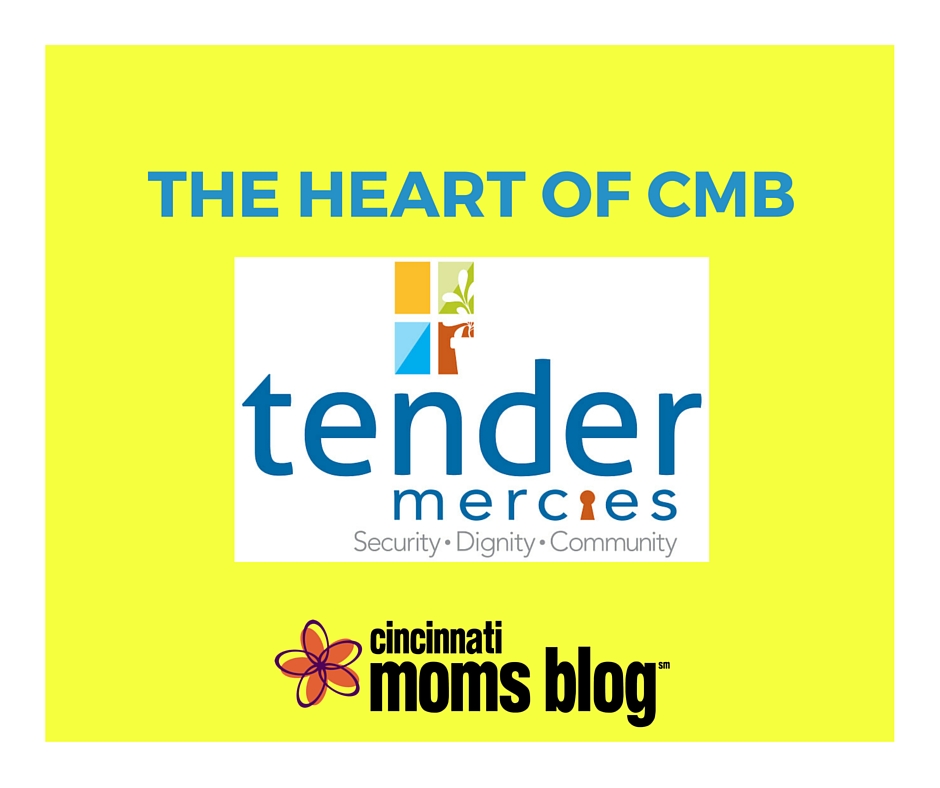 When I walk into Tender Mercies’ Haven building, the first thing I notice is that it’s warm, so blissfully warm. It’s been an unusually mild El Nino year, and we are on the thaw on this January morning, recovering from the first real cold snap of the season, which has reminded me that it IS really winter. As I wait for just a moment for the Development Director and Coordinator – Jackie Baumgartner and Jessica Carlton, respectively, to meet me for our tour, what I’m thinking is how much of a relief it must be for the residents who finally come to Tender Mercies, to get a key to their own private , secure rooms and step into that warmth.

Tender Mercies’ mission is simple, and  it is crucially needed and often neglected – “to transform the lives of homeless adults with mental illness by providing security, dignity, and community in a place they call home.” I went to Tender Mercies that January morning to drop off a small donation of clothing and personal hygiene items, but also to take a tour and learn more about the organization. While I’ll be taking a break from the Cincinnati Moms Blog for the foreseeable future, I couldn’t leave without taking advantage of the Heart of CMB series, which highlights local charitable organizations throughout the year. The core of what Tender Mercies does is, in my opinion, so important, so fundamental to our basic humanity, that I want to try to contribute in some small way, and if CMB can help spread the word about the work done by these dedicated people, even better.

Both homelessness and mental illness make me – and I’m guessing I’m not alone here – uncomfortable. Discomfort with my own privilege tinged with perhaps a whisper of fear that I could lose it is a powerful incentive to look away. But to keep looking away further marginalizes the very people who most need help. The statistics alone should shatter the stigma associated with mental illness. Approximately 1 in 5 adults in the U.S. – that’s 43.8 MILLION people, or about 18.5% of the population[i], will experience mental illness in a given year. Of those, about 1 in 25 U.S. adults (approximately 10 million) suffers from a serious mental illness that significantly interferes with the normal course of life. Many of those adults will have support from family and friends and will get treatment; I think it’s a rare family that is left completely untouched by mental disease. But some people will be unable, unwilling, or simply not have the support to seek effective treatment. Some will become homeless. The U.S Department of Housing and Urban Development estimates that 26% of homeless adults staying in shelters live with serious mental illness (to say nothing of those homeless individuals who may choose to avoid shelters).

What happened to the “social safety net?” Why are there so many people with mental illness without a home, unable or unwilling to obtain treatment? As always with government, social, and medical policy, the answers are complicated and messy. Mother Jones has a timeline that helps outline, in broad strokes, how attempts to remedy one sort of wrong in terms of treating mental illness have resulted, in a series of rather catastrophic failures.

In 1955, the number of mentally ill patients in state-operated public psychiatric hospitals peaked at 560,000[ii]. Some of these institutions were the kind of asylums made horrifically recognizable in literature and pop culture through images in One Flew over the Cuckoo’s Nest, The Snake Pit, or more recently, FX’s anthology series “American Horror Story: Asylum.” No doubt the worst of them were terrifying places that couldn’t possibly effect much cure or relief for their patients; reforms were needed. In 1963 President Kennedy signed the Community Mental Health Act, intended to provide federal funding for the construction of community-based mental health care and treatment facilities, but with the Vietnam War and economic crisis that followed, the program was never appropriately funded.  Upon the 1965 passage of Medicaid, states were incentivized to send mentally ill patients to nursing homes and general hospitals, since Medicaid wouldn’t cover mental institutions. By 1985, federal funding had dropped to just 11% of community mental health agency budgets, and mental health care in the United States had been effectively de-institutionalized and replaced with . . . . nothing.

Well, not entirely nothing. In 1985, Tender Mercies was founded by three clergymen who saw the abandonment of mental health care playing out in a very real way for two homeless women. The women had been released from Rollman’s Psychiatric Institute with nothing but cab fare to the Drop Inn Center. Fr. Chris Hall worked to get them housing in an apartment on Race Street, and helped them to apply for basic services. It was not a happy ending for these women, as within two months one was raped and the other murdered in their apartments. But Fr. Chris and two other clergymen responded by working with the owner of the building where the women had been living, who allowed them to begin managing it. Gradually, through attrition, the building on Race Street became the permanent home for twelve women with histories of chronic mental illness, and Tender Mercies was born.

The organization now provides 150 beds in six buildings throughout Over-the-Rhine, and is, in my estimation, a model of how community-supported mental health care can change lives and positively impact an entire population. The basic ideas behind this approach are simple, yet profound. Without treatment, most mental illness will not improve; without an address it’s impossible to get treatment, or even register for the services for which one might be financially eligible. Without an address, it’s impossible to get a job. In our society, the fundamental key to being able to function, the basis for integration within work, social, and support networks is to have a safe, secure place to call home. The residents who qualify and make their way to Tender Mercies receive 24/7 security, medication monitoring, meals, laundry, assistance with benefits and vocational readiness, job and computer training, GED/literacy building, living skills (hygiene, budgeting, appointment scheduling), counseling, and symptom management.

The results are not only life-altering but in some cases life-saving, and told in stories like Rick’s – whose lifelong battle with anxiety, depression and learning disabilities had kept him from successfully pursuing his love and talent for sculpture. With a home and support from Tender Mercies Rick now has a job as a security guard and has been exhibiting his sculptures in galleries nationwide. Or Dana – coming from a childhood of abuse and neglect, suffering from PTSD and depression. She’d had three children by age 21, but nevertheless got her GED, working while raising her children as a single mom. Following the outsourcing of her job and more family troubles, Dana was evicted and ended up at a shelter. Living with support from Tender Mercies has allowed Dana to focus on her therapy as well as her passion for cooking, which she puts to good use running the Jamerisol Jamaican-American Soul Food cafe in Findlay Market.

In 2014, 193 men and women were served by Tender Mercies and 47 residents moved into their own homes in the community. On the day that I visited, Development Director Jackie Baumgartner took me on a tour through several of the buildings, including outdoor patio areas, a hair salon, and the Snack Shack – all warm, bright, and humming with quiet activity. There is a feeling of calm, of safety and optimism that can’t be replicated in “shelter” environments. Even so, Tender Mercies is cost effective for Hamilton County – one day at Tender Mercies costs about $40 per resident, whereas jail is closer to $80, and a psychiatric hospital close to $500 per day.

If you’re thinking that a post like this can’t conclude without a call to action for how you, too, can help, you’re absolutely right. There is actually a lot that anyone can do, ranging from a financial contribution of any size that takes really almost none of your time, to donation of personal care items, to gathering either individually or with a group to prepare meals for residents. For more information on how you can get involved, please visit the Tender Mercies website here, and thank you for sharing some of your time and talent with the Heart of CMB!

[i] National Alliance on Mental Health.