From the time I was born, I have always had a soft spot in my heart for the chubby little cubby all stuffed with fluff. My dad introduced me to Winnie the Pooh when I was a tiny baby. Growing up, my sisters and I watched all the classic videos, Pooh Corner on Disney Channel, and of course, The New Adventures of Winnie the Pooh series.

My sons have taken to Winnie the Pooh right away, with my youngest bouncing and dancing to the theme song. 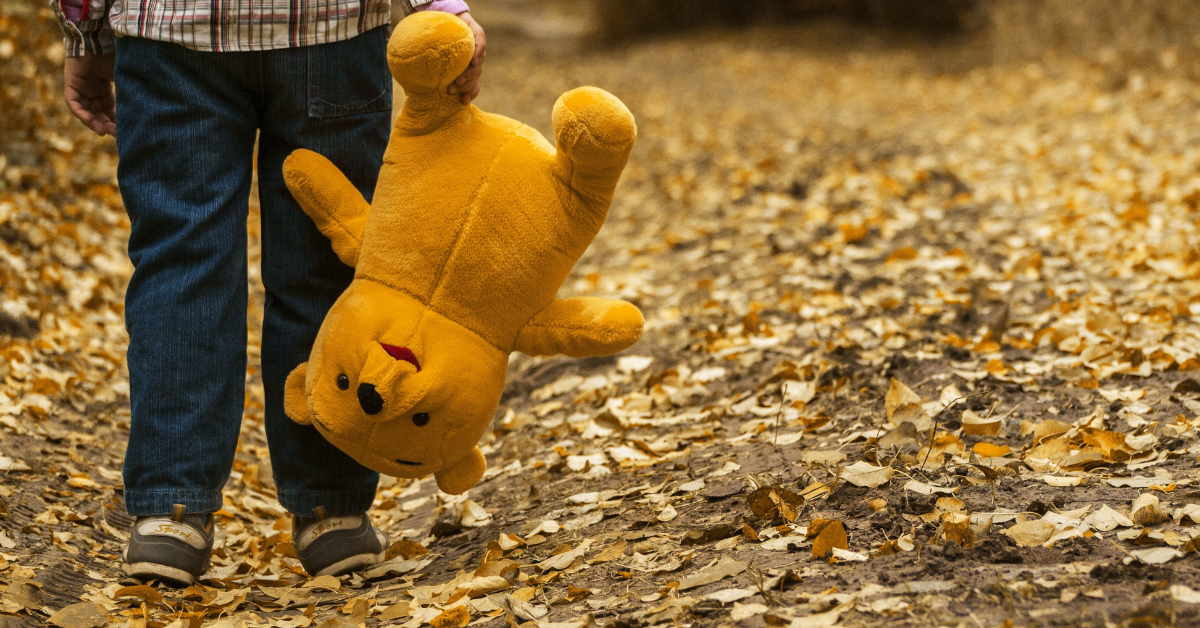 We’ve only gotten about five-six episodes in because not surprisingly, my 3-year-old keeps asking for “the baby bird one,” which was my favorite episode when I was his age! In fact, one of my very first memories as a child was watching “Find Her, Keep Her,” the fourth episode in season one. At one point, Rabbit’s adopted baby blue jay, Kessie, asks him to read her one last bedtime story, but he refuses. I distinctly remember sobbing, and my parents’ loving reaction to their tender-hearted child. As a child, I remember feeling heartbroken for Kessie, but watching the episode with my own children as an adult, I now painfully empathize with Rabbit and the bittersweet emotions that come with watching children grow up.

It’s actually quite surprising how “adult” this episode is for a children’s show. Compared to most of the other episodes in the series, this episode is strikingly emotional, and it seems it was created more for the parents than for the children.

Rabbit is thrust into parenthood when he rescues a baby bird in the middle of a winter storm. Like many mamas, he resolves to take care of her all by himself.

“Rockabye and keep still ’cause you’re driving me crazy…”

In true Rabbit fashion, he quickly becomes tired, stressed, and overwhelmed with her care while still tending to his garden and other responsibilities. Sound familiar, mamas? When Pooh and Piglet come to visit, he dissolves into a momentary lapse of sanity and rushes out to take care of his garden. When Kessie starts crying, the daddy in him rushes back in. Rabbit grumbles at them, “Haven’t you ever seen a baby cry?” and hands her off to them to give her a bath. Piglet questions Pooh, “Why is Rabbit always so grumpy around Kessie?” Pooh responds “Perhaps he’s just not as fond of her as we are, Piglet.”

This resonated with me because more often than I’d like when I am with my boys, I get overwhelmed, but I still love them with all my heart.

Like Rabbit, sometimes I need breaks to focus on other tasks or the all too important task of self-care. Perhaps Disney created this episode to give parents a loving reminder. Mamas, just because you get overwhelmed with your littles, it doesn’t mean you love them any less. And as Rabbit learned, we weren’t meant to parent alone.

Throughout the episode, Rabbit and Kessie are seen bonding over gardening and carrot planting, reading books, and more. One source of conflict for the pair centers around flying. Kessie gets swept up high in a bubble after her bath, terrifying Rabbit. He makes her promise to never go so high again because it’s not safe. Kessie liked being up high, but Rabbit tells her that he likes her and doesn’t want anything to happen to her. He goes so far as to forbid Owl from teaching her to fly, too. So Pooh and friends take it upon themselves to teach her, and Rabbit is furious when he discovers their secret lessons. He even, at one point, denies the fact that Kessie has wings!

Refusing to acknowledge that Kessie has wings and is born to fly may seem silly, but then I am struck with similar emotions behind my own reluctance in admitting how much my own children have grown. I am reminded of when I turned off Sesame Street because I didn’t want Cookie Monster to teach my 3-year-old how to pronounce “coo-coo” correctly and the little pangs of sadness each time he stops using his adorable mispronunciations. How many times have I clung to my own children, willing them to stay little longer, to not progress past this current phase? Milestones like learning to walk fill me with pride, but also nostalgia as I know I’ll miss my youngest’s “badger-crawl,” and his days of skinned up knees because he insisted on crawling on the sidewalk.

This Winnie the Pooh episode evokes the nurturer and protector in me, the desire to keep my children safe and protect them from all the boo-boos, along with the realization that it is impossible to protect them from everything, and that someday, I must let them go to make their own mistakes and achievements. It’s a difficult balance for me between enjoying the current stage they are in now and learning to let go as they move on to the next stage.

Eventually, Kessie does learn to fly, and in the nick of time, too, because she saves Rabbit’s life. After setting off, Kessie returns briefly to say goodbye to Rabbit, and although achingly sad, Rabbit finally lets her go, comforted by the fact that she will return in the spring.

This episode is different for me now. Instead of a story of a little bird growing up and learning to fly, it is now the story of a parent learning to let go of his child. Why is it so hard to let our own children fly and little by little become separate from us?