I can remember the moment clear as day. The memory will stay with me for the rest of my life.  Aside from the Challenger Space Shuttle tragedy that happened in 1986, no other large scale tragedy really touched home until the events that unfolded on September 11, 2001.

At the time of the Challenger tragedy, I was 8 years old and lived in New Hampshire. A teacher from one of the schools in Concord where I lived was aboard that flight. We all watched in anticipation and then were devastated at the tragic turn in events. That’s the first moment in my life I can remember such devastation hitting home.

Jump ahead 15 years. I was 23 and living in upstate New York. I was in orientation for a new job in one of the hospitals in Ithaca. I had just recently moved there, my first foray into living the single life on my own as a early 20-something. My first apartment, my first time being a real adult. My first time living in a different state, far from everything I ever knew. My first time of being truly alone.

That moment will forever live in me. We were in orientation for testing blood sugars. We were poking each others fingers and laughing and conversing about the nervousness we felt doing this. The door flew open and one of the nurse managers in the hospital told us that a plane had just flown into one of the Twin Towers and it was on fire. Time stood still at that very moment. A feel of panic swept over us as we just dropped what we were doing and all ran out to the lobby to see everything unfold live on TV. 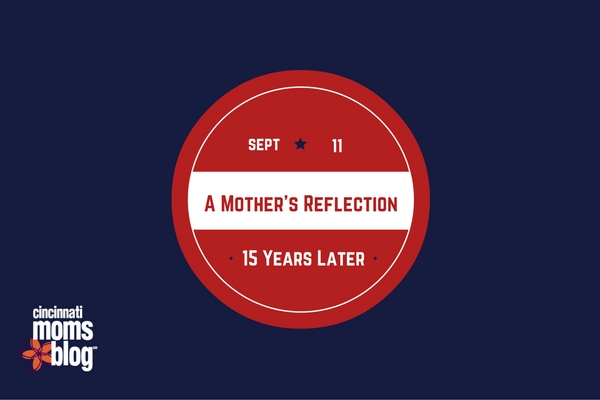 Several of the other people in class were frantically calling relatives to find out of their whereabouts and current condition. We were only a few hours from the city so many people in the class had people connected to the tragedy. I sat there in silence, watching in sheer horror as the second plane hit the other tower. Gasps and crying filled the room. We continued to watch. We were glued to the television.

Panic set in when I watched the first tower crumble to pieces before my eyes. I cried. I sobbed. I just sat there motionless for quite some time, trying to begin to comprehend what just happened. I wasn’t personally tied to anyone in the city or knew of anyone there in the towers. But as a new transplant to New York, this was my home. This was where my life led me at the time. This was happening to me.

I was glued to the television for days. I remember just walking around in a haze. I wanted to do something, but couldn’t. I just started my job, I just moved into my apartment, I couldn’t go anywhere. I wasn’t certified to do anything medically at the time, not yet at least. Financially, I couldn’t give towards the relief efforts. I was barely paying my own bills and staying afloat after a time of unemployment. I was helpless.

To this day, that feeling of being helpless has never fully left me. But in turn, that feeling has given me more of an appreciation of the things I CAN do to be of help to others. I was single at the time, no thought of having children for a long time at that point. I couldn’t even begin to fathom how this would effect them down the road. I was barely able to get through this time on my own, let alone with the care of others in mind.

Through this tragedy, and after having my children, I’ve learned that they are the most important things to me in life, and I will do everything I can so that they do not live in fear. Fear is a very strong and overwhelming feeling. I don’t want that for my children. I lived in a state of panic and fear for a long time after 9/11 happened. I spent countless hours praying and crying for some sort of relief and peace for those personally effected by the devastation.

And even though the events of that day didn’t personally effect me in the way of having someone close to me involved, I still feel as though I have been effected in a way that’s hard to explain. So on this upcoming 15th anniversary of 9/11, I hold my children a little tighter. If they have questions, which as they get older they have brought this up, I will do my best to be honest with them. I don’t want to sugarcoat the truth, as this isn’t fair to them.

But I also want my boys to know, that as their mother, I will do everything in my power to protect them from the evils in this world. I don’t want my children to ever feel helpless like I did back when this tragedy unfolded before me. And with everything I have within me, I will make sure my children don’t ever live in fear.