Here at Cincinnati Moms Blog, we are huge fans of our city…and the lovely people who also call it home.  Our “Faces of Cincinnati” series will introduce you to some of these people, as we ask them about Cincinnati traditions, their local profession and even the biggest rivalry known to man…Skyline vs. Gold Star! 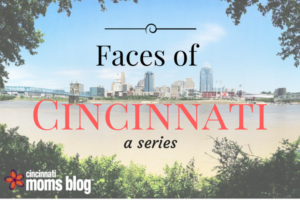 Here at CMB, we’d be hard pressed to sum up Cincinnati Councilman PG Sittenfeld in a single word. Since 2011, the Cincinnati-native is the youngest person ever elected to Cincinnati City Council. He’s rallied for his hometown for issues including education, an economically competitive city and ensuring basic resources for our city and its neighborhoods. He’s not only smart – Seven Hills School, Princeton University and Oxford University graduate – but, devoted to public service as proven through his hard fought Senate race last year.

When PG’s not busy advocating at City Hall and kissing babies, he’s spending time with his equally smart wife and doctor, Sarah, his pup, fittingly named after a Cincinnati neighborhood, Oakley, and his similarly talented family. (Yes, Curtis Sittenfeld, author of Prep, is his sister and no, she will not personally narrate the book for me as I fall asleep at night.) You won’t often find PG without a smile, especially when a Skyline 3-way is nearby. Think of him as your down-to-earth Renaissance man with a penchant for all things Cincinnati.

Prepare to meet the force of PG Sittenfeld.

One of the most formative parts of my upbringing is that I was the baby boy in my family – and the only boy – with three older sisters. My sisters are smart, funny, and strong-willed – and I think wanted to take a major role in shaping their little brother. It’s been a running joke in our family that I knew way more lines from the movie ‘Dirty Dancing’ than most adolescent boys. I’ve also been blessed with amazing parents, who made a big point of encouraging all of their children to pursue their dreams and to be engaged in the community. Looking back, I feel grateful that I got to really be a kid when I was a kid: I had a great friend group (who remain some of my closest friends to this day), we loved our parents, we listened to our teachers and coaches, and we stayed out of trouble.

My favorite current family tradition is definitely going on walks with my wife, Sarah, and our puppy, Oakley, at Washington Park in the evenings, usually followed by a Holtman’s donut. Sarah and I both lead quite busy lives – her with medicine, me with public service – so we also really value just getting to have dinner together, which we try to do most nights of the week. Traditions from growing up with my family that I still cherish to this day include reading ‘The Polar Express’ together on Christmas Eve, recording our predictions for the year ahead on New Year’s Day, and, when we’re feeling motivated, running the Turkey Trot on Thanksgiving Day. It’s the simple stuff that stands out most – basically give the Sittenfelds some good food to share and we’ll talk and make each other laugh for a long time.

In either 6th or 7th grade – I can’t remember which one – I got kicked off the bus for joining some of the other students in singing an inappropriate song. To be clear, it wasn’t that the song was offensive so much as it was just really juvenile. And let’s be honest, I don’t think anyone has ever accused 7th grade boys of being beacons of maturity. I’ll spare you the song lyrics here, but for folks who are curious, I will say that the experience inspired a scene in my sister Curtis’ first-book ‘Prep’.

I can confirm that I didn’t want to be President from the time I was a little kid because what I really wanted to be was an NBA basketball player. I did serve as Class President in both high school and college, but ultimately, it was my experience at an education non-profit – which I’m still involved with to this day – that really underscored for me that local government has a huge role to play in helping lift up our schools and neighborhoods. A city can’t be strong without strong schools and our schools can’t be strong without a strong city. I feel very lucky that every day I get to wake up and think about how I can improve my beloved hometown. An evergreen truth is that we always need good candidates and good leaders. People think it is insurmountable to run for office, but it really isn’t. My single biggest advice for people who are interested in running for office is to focus on what you want your impact to be and how you would like to improve people’s lives. If that passion is strong, a lot of the rest of it will fall into place.

Cincinnati is for Lovers

I see our city’s Midwestern kindness as sort of a secret weapon. We have wonderful neighborhoods that really stand out for their architecture and their walkability. We have great educational options – including public, private, and parochial schools. And on top of all of this, we still have big city attractions – from pro sports teams to world-class parks to phenomenal restaurants. And perhaps my favorite thing of all is that this is a city where you can really make a difference, even at a young age. I think that’s a big reason a lot of young professionals dig in here and then decide to stay.

I alluded earlier to my work with an organization called The Community Learning Center Institute, under the visionary leadership of its Executive Director, Darlene Kamine. Our work of transforming schools into round-the-clock neighborhood hubs that offer things like after-school programming, vital health and mental health resources, and cultural and recreational opportunities, has helped boost academic achievement, increase attendance, expand college access, and much more. In addition to this nationally recognized community learning center model, CPS is unique as an urban district because there are so many options – there are great neighborhood schools but there are also magnet schools (like SCPA or several of the Montessori schools or the gifted programs), and, of course, we have the consistently highest-rated public high school in the state, Walnut Hills. We also have a really strong private and parochial system here as well. I attended and my mom taught for nearly four decades at Seven Hills, which is an independent school and another phenomenal option. My dad is a former board chair of St. X, which reflects the strength of the parochial system in Cincinnati. The point is, there are a lot of excellent options.

Skyline isn’t just a food – it’s a state of mind! Honestly, I eat so much Skyline and adore it so much, that their CEO and head of marketing once sent a special Skyline “frequent eater” plate in the mail. For a long time, I’ve dreamed about getting involved with a specific Skyline location – I actually think a Skyline takeout window or restaurant in Over-the-Rhine that’s open on the weekend evenings would be a big success.

My Mom truly is the kindest and most caring person I’ve ever met. You’re probably not supposed to say this, but my wife and my mom have a lot of amazing qualities in common – which I mean as the highest possible compliment to both of them. Somewhat unusual is that over time, my mom was also my teacher in pre-school, my librarian in middle school, and my Art History teacher in high school – so she’s played many important roles throughout my life. She’s shaped me into the person I am today, and her love has been the greatest gift.

CMB would like to thank PG Sittenfeld for his time, his words and his hard work for our city! 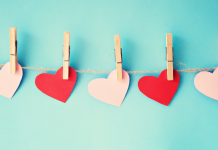 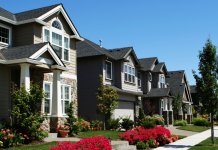 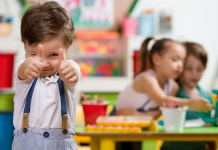