For Mother’s Day this past year, I was gifted a new bike. It was my son’s idea – he wanted me to be able to ride with him. And I’ll admit, I was not enthusiastic at first. The bike is gorgeous, but I had not ridden since 1993. Still, I decided to try it out. Cycling is good exercise and could be a fun family activity. A couple of days later, my son and I decided to ride our bikes around the driveway. How hard could it be?

Pretty hard, it turns out. 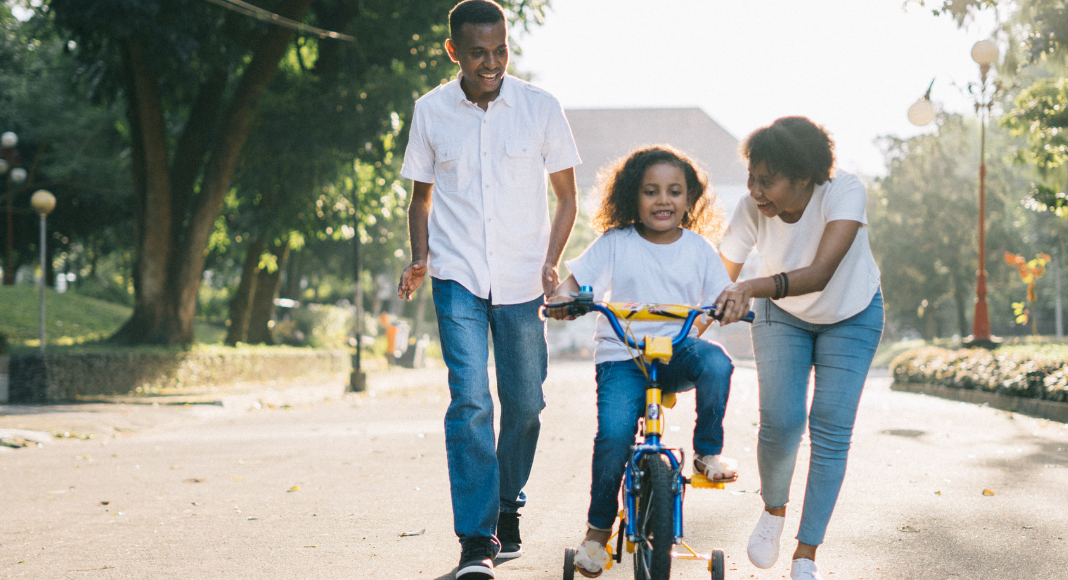 I kept losing my balance, I had to put a foot down every time I turned and my 5-year-old was literally riding circles around me. I kept feeling this overwhelming fear of falling over.  Memories came back to me of the bike-riding days of my youth. I was a daredevil back then. I rode my bike everywhere. I rode standing up, with just one hand or with no hands.  I used to take it down a big sledding hill near our house, going faster and faster as I sped towards the bottom, the wind in my face, feeling pure joy and absolutely no fear. And now, I was a 38-year-old riding in unsteady and slow circles around my driveway, afraid to turn too quickly. What happened to that little girl, that preteen who wasn’t afraid of anything?

Well, like a lot of people, depression and anxiety and just life happened. I’ve become an overly cautious person. I don’t like pushing my son on swings because the swaying of a swingset makes me too nervous. Last summer, my husband took me on the four-wheeler in our backyard, and even though he wasn’t going fast, I screamed until he stopped and let me off. I dread the day that we take our first family trip to an amusement park because even the thought of riding anything makes my stomach churn.

And the fear doesn’t just apply to physical activities. My in-laws have a pool, and I did not swim in it for the first 12 years of my relationship with my husband. The only thing that finally forced me in was the birth of my son, and wanting to experience the water with him. I loved swimming as a kid, and I hoped he would love it, too (spoiler, he does). So why didn’t I go in before? Because I hate how I look in a swimsuit (honestly, don’t most people?), and was worried about judgment.

I belong to a women’s group in my community, and I usually keep to myself at meetings. Even though I’ve been in it for two years, I’m still afraid of looking and sounding stupid if I try to talk to someone I don’t really know. It’s so nonsensical.

I want my son to be brave. I want him to be confident.

However, I fear that he will have the same crippling anxieties and self-consciousness as me. I fear that he will miss out on experiences and friendships because of reluctance to try something or put himself out there. I do my best to encourage him and tell him what an awesome kid he is. But I don’t think that’s enough. I need to set an example for him. I want him to see that it’s ok to feel scared or nervous about trying new things and meeting new people, but that he has the power in himself to push through that.

Even though I doubt my ability to do myself what I want him to do, I figure I can fake it till I make it. If I keep attempting things I’m afraid of, I can only hope that they will get easier. And if my son sees me doing these things, I can also only hope that he will be inspired to do the same.

What will you do today that’s brave and outside of your comfort zone?