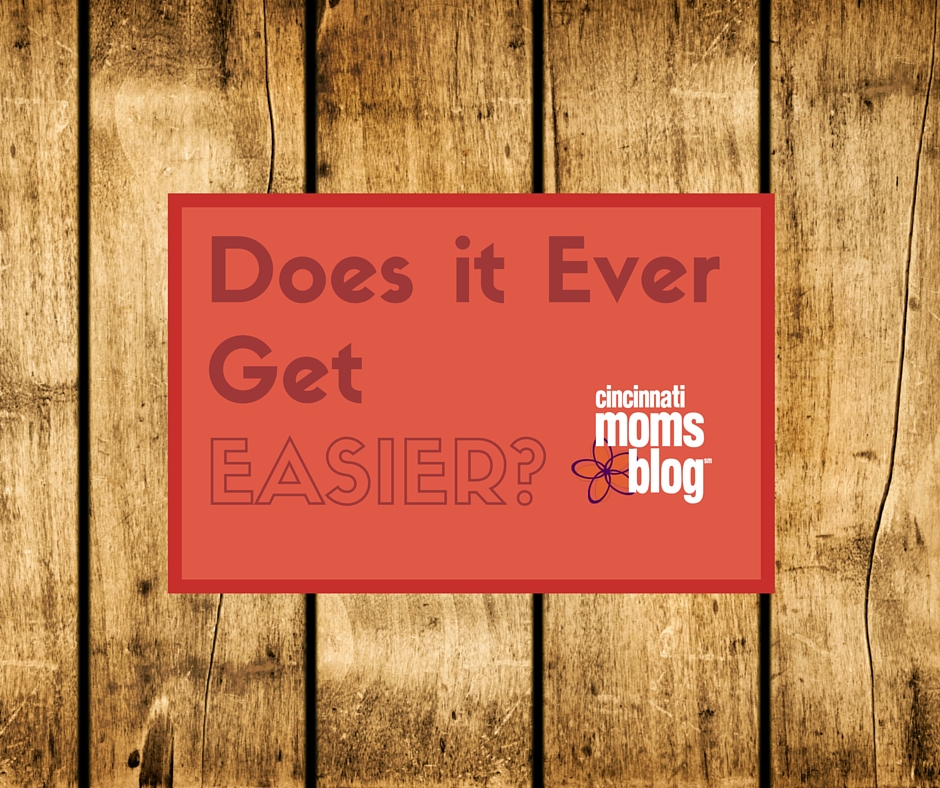 As a mother of 2 kids close in age (15 months apart), I’ve experienced many jeers and comments.  This started while I was pregnant.  “You have a baby on top of a baby!” (this was because I holding my daughter while 8 months pregnant.)  “15 months!  What do they call that?  Irish twins?”  “You couldn’t wait to take a break, 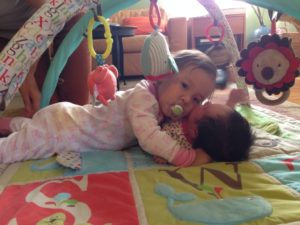 huh?”  “Did you plan that?!” Although shocked that people were so blunt, most of the time I just let it roll off my shoulders because, eh, what do I care what they say or think?  The real words of wisdom came from people I knew with kids close in age.  There’s even a Facebook group called Crazy Close Kids(CCK is defined as having kids less than 24 months apart) and what most everyone said was, it’s hard, but it gets easier as they get older.  My really good friend who has kids 19 months apart told me she wished she could say more because she can’t sugar coat it, but plain and simple, the first year will be really hard.  I really appreciated her honesty because she was talking from experience and wanted me to be prepared.

After my second daughter was born, I managed to survive those first three horrifying months. I would manage to take both kids out and continue to get comments about how close in age they are.  When I’d happen to meet another CCK mom, many would say, it gets easier.  I kept hearing, it’ll get easier.  Months go on and I waited and waited for it to get easier.  I made it to the year mark and thought, “Wow, I did it and mostly kept my sanity!”  But, I didn’t feel like raising these CCKs was any easier. 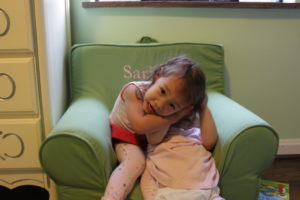 My older daughter and I made a trip to Chicago and spent some time with my good friend with the CCKs.  Her kids were then 3.5 and 2.  She asked how I was doing and I said I thought it was supposed to get easier, but now that my younger one was walking, it’s so much more chaotic.  She says to me, oh, it doesn’t get easier until the younger one is at least 18 months, maybe 2 years old.  She said it wasn’t until her younger one turned 2 that her and her husband felt they could breathe again.  I thought, What! That’s so long from now!

And here I am.  I SURVIVED.  I can breathe again!  Well, I wouldn’t say I’m clear as a whistle, but I’m not gasping for air anymore.  My younger daughter just turned 2 and my older one is 3.  And it’s still pretty hard.  There are the terrible 2’s with tantrums, difficulty communicating, and wanting to do EVERYTHING her sister does. 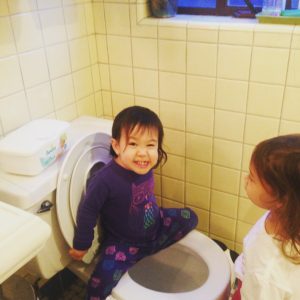 That includes trying to go potty when she’s not read to be potty trained, changing outfits 5 times a day, and wearing her sister’s shoes that are too big.  Monkey see, monkey do.  This aggravates independent 3 year old to no end.  There’s screaming, chasing, whining, crying, and more screaming.  I had no idea kids could fight like they do at such a young age.  When I recently saw my friend, I told her I thought it was supposed to be easier at this age.  That’s when corrected me and said, “Well, it doesn’t really get easier, it just gets better.”

I thought about it and it really is better.  With one potty trained, I’m not changing diaper after diaper after diaper anymore.  It doesn’t take me 35 minutes to get ready to go anywhere-well, maybe it does, but that’s because my older daughter takes forever to pick out her clothes.  But, she dresses herself, head to toe, shoes and all.  I don’t have to pack as many things just to go for a walk or to the park.  I have two hands to use because I’m not carrying or holding one.  I can go hiking with both of them because both are stable walking and running on their feet.  Stairs!  They can both walk up and down stairs without me having a heart attack.  I don’t have to worry about nursing a baby while trying to keep a toddler from destroying the house.  They nap one time a day AT THE SAME TIME.  They eat the same things, I don’t have to cut up food or make anything special anymore.  We can have an actual conversation that is somewhat interesting if not amusing with our 3 year old. 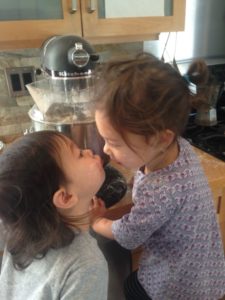 We can go out to eat without it being a fiasco.  They even wear the same size clothes.  And the BEST is that they play together.  They are instant playmates and best friends.  I can leave them alone for at least 10 minutes before checking on them.  That’s enough time to make meals, clean up after meals, check my email, or just sit in the bathroom and read!  That doesn’t sound like much, but it’s HUGE and I will take it.

So even though it’s still hard, it does keep getting better.  Some may argue it’s a matter of semantics and it does get easier.  Some believe it never gets easier because every age brings along a new set of challenges.  Either way, I will take my small victories and bask in this moment of parenting bliss!