This post is part of a sponsored relationship with TriHealth. We are thankful for their partnership in helping us share a variety of childbirth experiences with local moms. A special thank you to Ashley and Mark Ritchie for sharing their story with us as well.

Ashley and Mark Ritchie went to an ultrasound appointment expecting to hear that Ashley had miscarried. Instead, not only did they get the news that there was no miscarriage, they were told they were expecting twins! Excited, but in shock, they asked the tech to repeat it and stared in amazement as she pointed out the two babies. A twin pregnancy was intimidating for the family, but the challenges were really just beginning. 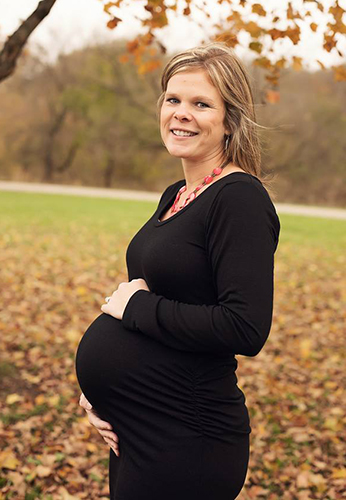 After two easy pregnancies that resulted in the births of their daughters, Eleanor (age 6) and Hazel (age 3), Ashley and Mark were a bit blindsided to learn that Ashley’s twin pregnancy was high-risk. Partly due to the early ultrasound, doctors discovered that Ashley’s twins were Monochorionic-Diamniotic, meaning they shared the same placenta, but had separate amniotic sacs. This condition posed various risks to the babies, including the potential for birth weight differences, amniotic fluid problems, umbilical cord entanglement or compression, increased risk of birth defects in each twin, and the risk of twin-twin transfusion syndrome (TTTS). The Ritchie twins were indeed affected by chronic Twin-Twin Transfusion Syndrome (TTTS), which would require constant monitoring. TTTS is very dangerous to the babies because the shared placenta contains abnormal blood vessels, and may also be shared unequally by the twins, leaving one twin with a share too small to provide the necessary nutrients to grow normally or even survive. This condition can necessitate fetal surgery.

According to The Twin To Twin Transfusion Syndrome Foundation, pregnancies that are diagnosed early on with TTTS (12-26 weeks gestation) are the most serious because the babies are immature and cannot be delivered. In addition, the twins will have a longer time during their development in the womb to be affected by the TTTS abnormalities. Without treatment, and sometimes fetal surgery, most of these babies would not survive and of the survivors, most would have birth defects.

To keep a close watch on the Ritchie twins, Ashley had at least one doctor’s appointment each week of her pregnancy. Some weeks, she spent several days in a row at various appointments, many of them with doctors from Tri-State Maternal-Fetal Medicine Associates, who specialize in high-risk pregnancies. “We became very familiar with Good Samaritan, Children’s Hospital and the doctors in our practice. I think the hardest part was that we couldn’t really enjoy being pregnant because we were on this roller coaster of emotions.” Ashley said.

At 20 weeks of pregnancy, Ashley had an ultrasound, and the next day went for further tests at Children’s Hospital. After the tests, she and Mark were on their way to lunch to celebrate Mark’s birthday when they received a call from Dr. Habli (Mounira A. Habli, MD).  The doctor instructed them to head to Children’s Hospital immediately. The tests had shown that Ashley and Mark’s twins were experiencing an emergency due to their TTTS and needed immediate fetal surgery to save their lives.

“I had no idea what the surgery entailed and I’d never had surgery before, so I was terrified. I cried all the way until they wheeled me into the operating room. As scary as it was, the doctors were phenomenal. It’s amazing what they can do. The surgery required me to have an epidural, but I was awake during the procedure. Afterward, I was transported to Good Samaritan Hospital where I recovered and went home a day later. My scar is about the size of my pinkie nail. I’m grateful now for that scar. It reminds me of the obstacles my twins have already overcome and the way God provided the right doctors and nurses. The fetal surgery saved our babies.”

The miracle babies are born!

After the lifesaving fetal surgery, Ashley’s pregnancy continued as normal, with constant monitoring. At 36 weeks and 4 days, she was induced at Good Samaritan Hospital. Ashley credits Dr. Schnettler (William T Schnettler, MD)  and his colleagues at Tri-State Maternal-Fetal Medicine Associates for helping her get that far.

“Our birth experience was great. I really wanted to have a vaginal delivery and Dr. Schnettler was really good about listening to our wants and doing his best to make it happen. We delivered our twin girls without any complications. I was especially grateful that Dr. Schnettler let us deliver vaginally even though our second baby was breech. She did beautifully even though she came out feet first. My husband was there during the birth and was able to cut the cord of the second baby.” 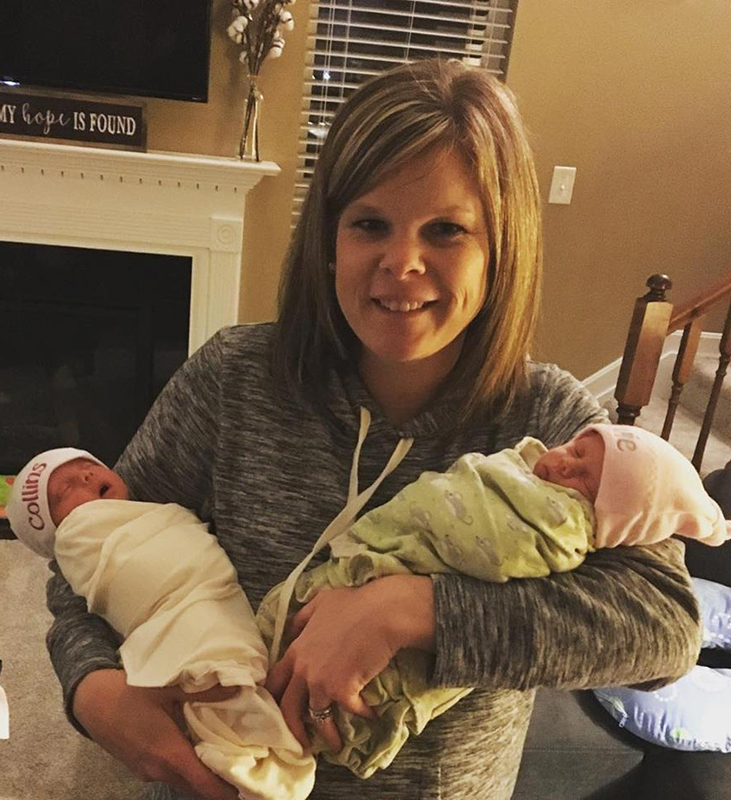 Ashley and Mark were thrilled to welcome their two daughters, Sylvie and Collins, to the world! As twins often do, the Ritchie babies spent six days in the NICU for low blood sugar levels, temperature monitoring and reflux. Ashley reports, “I was so impressed with the NICU staff and the care our twins received.”

Adjusting to life with twins

With new twins and two young daughters at home, life is busy for the Ritchie family. Despite her harrowing pregnancy, Ashley says her recovery has been smooth, once the swelling in her feet and legs subsided. As for the twins, their transition to home life has also been relatively smooth, aside from the lack of sleep most new families experience.

“All in all, we are so thankful that we brought home two healthy baby girls. They made our family complete and we are looking forward to see what God has planned for their life.” Ashley said. 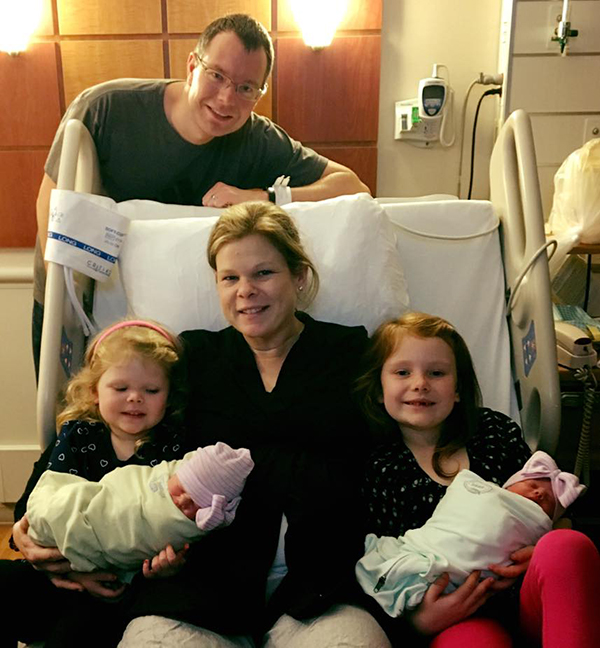