Come again? You get a chance for screen time, and you’re turning it down?

But my husband and I know why. In his mind, movies are just too much: intensity, foreboding music, peril, sadness and villains. We’ve even tried calling movies “shows,” which buys us about 10 minutes of time (unless it’s Finding Nemo…talk about a rough opening scene).

Then a bad guy enters the picture, stirring up the happy status quo, and boom: our boy is out. 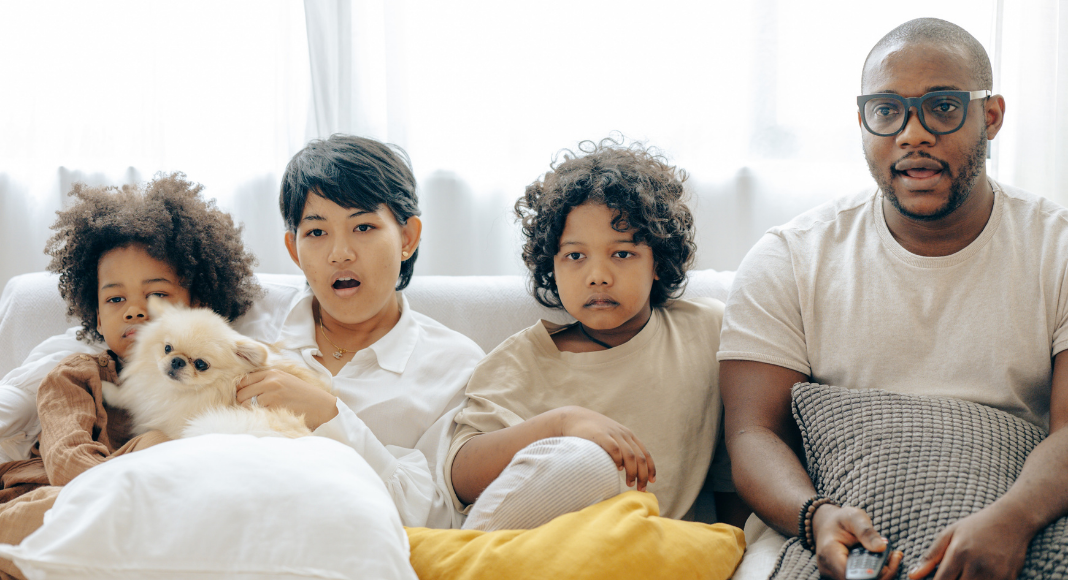 My kids don’t know Spider-Man, Moana, Elsa, Luca, Simba, or any of the Trolls. We’re much tighter with Daniel Tiger, Fig the Fox (from the beautifully creative Prime show Tumbleleaf), Winnie the Pooh (a classic for the win!), the trucks Stinky and Dirty, and Mouse, as in the chirpy “If You Give a Mouse a Cookie” titular character come to TV life.

In December, I excitedly queued up all the holiday kid classics: Frosty, Rudolph, Mickey’s Christmas Carol, Polar Express, and The Grinch. As I mentally previewed the imagery, sounds, and characters through my son’s eyes, I realized these wouldn’t make the cut.

Snow monsters that eat animals, a disillusioned duck standing over his own dark grave, the nasty wasty skunk of a Grinch. No merry Christmas tunes would make up for these offenses.

And I know this well because I felt the same way.

When my younger sister declared The Little Mermaid her favorite film in the early 90s, I was unable to watch, no thanks to Ursula the sea witch. But my uneasiness didn’t stop there. Films with conflict, darkness, yelling, and fighting (no matter how comical) affected me more deeply than my friends.

He and I are both highly sensitive people. According to child development specialist Claire Lerner, we are “wired to register [our] feelings and experiences in the world more deeply than others.” Dr. Elaine Aron explains that sensory processing sensitivity is found in 15-20% of the population, and it’s a trait, not a disorder. We are more aware of subtleties in our environment and, as a result, more easily overwhelmed.

I could (and may someday) go on about this trait we share, but I’ll focus on our screen time for now.

Over time, I learned to temper my uneasiness in order to enjoy the beauty, humor, and creativity of a variety of films. But there is no true “growing out of” this innate trait. I still steer away from movies, shows, and even songs that trigger my sensitivity.

I hope to gradually help him learn to appreciate a broader range of visual and musical arts. We’re easing into Disney now by listening to classic songs and watching the video along with them. He loves music and seems to be soulfully drawn to certain melodies. He is also quick to turn off songs in minor keys and ominous tones.

We may run into more flops than favorites in the coming years. I get frustrated sometimes with the narrow and repetitive lineup of kid-approved shows, as well as the scarcity of family movie nights.

But I know from experience that he’s not trying to be difficult or dramatic. He’s just feeling more. And I’ll be the first to let him know it’s ok.