It was sophomore year of high school when we discovered we had a pyromaniac among us. After approximately seven fires, all of which forced evacuations, he was finally apprehended. At the time, my only thoughts were annoyance when I was evacuating gym class in my shorts preparing to head out into the snow, and frustration when I had to walk down and then back up ten flights of stairs. Honestly, I didn’t think much of it. 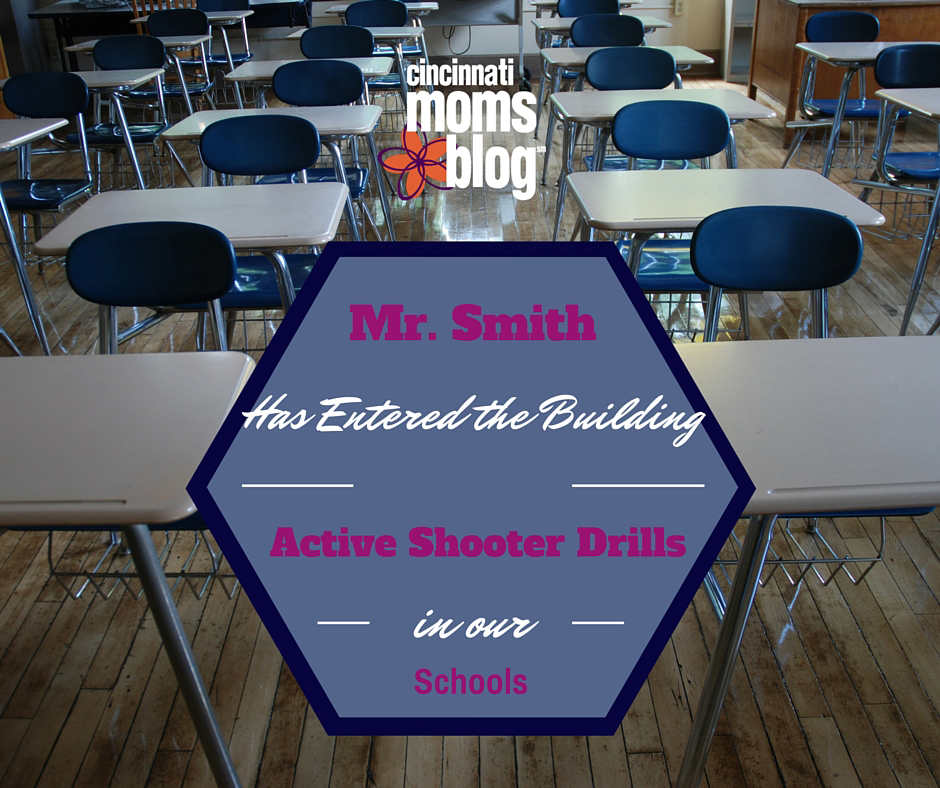 Later in life, I was teaching at a scanning school (think airport security metal detectors that students had to walk through every morning) in the Bronx when we had to go into lockdown because a shooting suspect from the projects across the street took cover in our building. Our only clue was an announcement: Mr. Smith Has Entered The Building. It was supposed to be code, but all of the students knew what it meant. I felt fortunate to be teaching in one of the few rooms with only one door, but I also felt completely disheartened that my students were so nonchalant about the whole ordeal. It was the end of the day, the bell should have rung, they should have been going home. We pulled the shades, covered the door, and I instructed them to sit quietly. Instead, they put down their backpacks, took their books back out, and instead asked me to continue my lesson. They assured me it would be fine. It was surreal. After about forty minutes, we were released; the perpetrator had been apprehended.

I’ve taught through various lockdowns, bomb scares, and fires. I attempted to pull apart two students engaged in a fight so violent that they actually broke the desks (I will note that the teachers’ union would require me to simply bear witness and not get involved; any injury I sustained would be my problem. But it was too hard to watch). I was teaching when known gang members busted into my classroom in an attempt to attack one of my students. I had a student come back from lunch attempting to hide the fact that she had slit her wrists. The blood dripping all over the floor clued me in pretty fast. Suffice it to say, I’ve dealt with a lot of wild experiences in my tenure as an educator. But there is one event that I felt was so traumatic that it actually played a role in me exiting the profession.

The email had gone out to the parents the night before.

Active shooter drill tomorrow. If you’re not comfortable with this, please keep your child home.

It started around second period, which was around 9:30. I was actually on bathroom duty, (a whole different story). The announcement came over the loudspeaker. All I could hear were doors shutting and locking. I swiftly locked the bathroom doors after making sure the last students had exited, and then entered the small room where three other teachers were on their prep–lesson planning and grading. We locked our door, covered the window, and sat on the floor. Then complete silence.

After about five minutes, it started. Banging on doors. Yelling. Screaming. Police shouting. More banging. Then all of a sudden, everything went still.

Five minutes after that, police busted into the small room where we were sitting. They told us to put our hands on our heads. They pointed their guns at us. They asked us our names, who we were, and what we were doing there. For some reason, I was the only one who seemed to have control of her voice. I answered for all of us. Meanwhile, their dogs snarled at us. We were escorted out of the room. As we marched with our hands above our heads, we saw our students marching down the hall with their hands above their heads. Some were shaking. Some were crying. All were silent. None made eye contact.

Afterwards, we were “debriefed” in the auditorium. There was an actor portraying a shooter. He had broken into one of the classrooms and held the students and teacher “hostage.” The swat team had tackled him. Thirty-two kids had watched, a third of which were of the special education population.

I ask you: Does performing this drill make you feel safer?

I get it. We live in a world where this could happen. I was in high school myself during Columbine. It seemed like such an isolated incident back then. I didn’t worry about it happening in my high school. I read an article the other day where someone, rather poignantly, stated that America must accept this mass shooting epidemic, because we didn’t do enough after a bunch of very young children were brutally murdered–Newtown, CT. It’s still happening.

The year of this realistic drill was the same year as Newtown. The drill took place in the spring. Our students had spent time that winter writing letters of support and sending well wishes to the survivors. As if that would help.

What am I to do, as a teacher, and even more so as a mother? During the drill we couldn’t comfort the students. We weren’t allowed to go to them, talk to them, smile at them. Do I want my own children to experience this realistic, but so upsetting modern day necessity? If I don’t like the solution, what can I do to help conquer the problem?

We all know America needs to change. We hear it. We see it. We hope against all hope that it doesn’t come to our town, to our schools. But that’s not really enough. Because the fact is, it could very well come to our town, our schools, our children. And the truth is, it’s happening in our streets almost every day in Cincinnati, and around America.

I am not looking for a political debate. I’m looking for a solution. We can argue all day about the virtues of the second amendment, but we are wasting precious time. Whether you own guns or not, most of us could agree that they should not be used to murder innocent humans. Life is short as it is. Cancer exists. Disease exists. Isn’t that enough to combat?

There are a lot of things that we “know.” But what are we doing? And what can we do, right now, to help?

I’ll be honest–I loved working in a scanning school. As much of a hassle as it was every morning for three thousand kids to walk through metal detectors, I knew my students felt safe. It was one less thing for them to worry about, and these kids had a lot to worry about. We are starting to see scanning at various sporting events, anyway. Why not protect our children with the same methods? Yes, it’s sad. Yes, it makes me upset that this is what it has come to. But, my child’s safety is paramount.

As I mentioned, I have had seen my fair share in my teaching days. I’ve been through actual bomb threats and  lock downs due to gun violence. And I’ve been fortunate enough not to witness an actual active shooter. Yet, this “drill” shook me to the core. I didn’t even want to experience the drill, knowing about it ahead of time and being aware that it was “just” a drill. And I’m an adult. I can’t imagine how the fourteen year old freshmen must have felt. I can’t imagine that doing this made them feel safe and secure. And I certainly can’t imagine the real thing. I sincerely hope I, or anyone else for that matter, never has to.

How do you feel about active shooter drills? Do they make you feel safer or more concerned? What do you suggest in terms of a solution, both short term and long term? 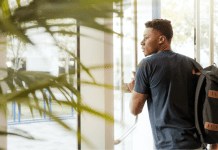 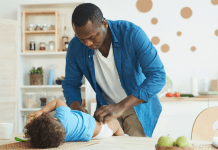 Dadvocate for Change {Heart of CMC}