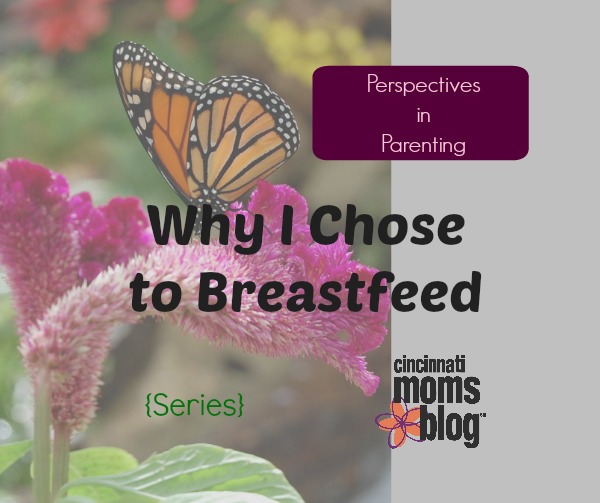 When I was pregnant with Ian, I knew I wanted to breastfeed. It wasn’t even a question or discussion… it was just something I knew I would do. I did a little bit of research about various holds and techniques, but I figured there was no point stressing over the matter until the baby was here and we actually gave the breastfeeding thing a try. I’ll admit that at first, breastfeeding was not the easiest thing in the world, and in those first 2 weeks I sometimes longed for a break from being a human pacifier. Once we got the hang of things, though, it became second nature, and we were quickly on our way to becoming pros. Looking back, here are just some of the reasons I loved breastfeeding, and why I’m doing it again this time around with Hazel.

1) It’s free
Seriously. This is probably one of the biggest reasons I decided to stick with breastfeeding for as long as I did. Everyone talks about the incredible mother-child bond that comes from breastfeeding (and sure, there is a bond), but honestly, I think you can feel just as bonded with a bottle. Yes, I did like the feeling that I was providing the sustenance for my child (I mean, come on- that IS pretty cool), but given how expensive babies are, it was nice that this was one thing that didn’t add to our growing bill.

2) It’s the ultimate comfort
Baby is crying? 9 times out of 10, nursing solved the problem. Ian never really took to a pacifier, but he was a huge comfort nurser. If he was really fussy and miserable, nursing calmed him. It also was a great way to quickly get him to back to sleep in the middle of the night. I think breastfeeding definitely saved my sanity on more than just a few occasions.

3) It’s convenient
When the baby is hungry, there’s no measuring formula, heating water, mixing up a bottle. Food is ready to be served whenever the baby desires. I especially appreciated this at night when my eyes were heavy with sleep. In fact, I think most nights I was still mostly asleep when I stumbled into Ian’s room to feed and comfort him.

4) It doesn’t go bad (until expressed)
Ian self weaned around 9 months. I pumped for another month before switching to formula for the last 2 months of his first year. One major bonus of breastfeeding over formula is that the milk unexpressed in your breast doesn’t go bad. There’s no dumping it if not used within 24 hours or if the baby decides to only take a snack or small feed. Getting the exact right amount of formula in the bottle was always a bit of a challenge for me, so I felt like we were constantly tossing some amount of formula (and thus money) down the drain.

So there you have it- my five reasons for breastfeeding. We all know the health benefits (to mom and baby) of breastfeeding, but I found there were some pretty great side benefits, too.

Did you breastfeed? What did you like most about it?

For more in the Perspectives in Parenting Series, click HERE.