When my kid was a little bit, I read a random article about how children of lower-income families sometimes wondered why Santa did not bring them as many presents as their classmates. It stuck with me.

Never prior had I considered anything but giving Santa the credit for most the presents. After all, this bearded wonder delivered a room-full of joy to us as tiny tots and it was our turn to deliver that same experience to our kids. Yet, this take on the jolly elf gave me pause. 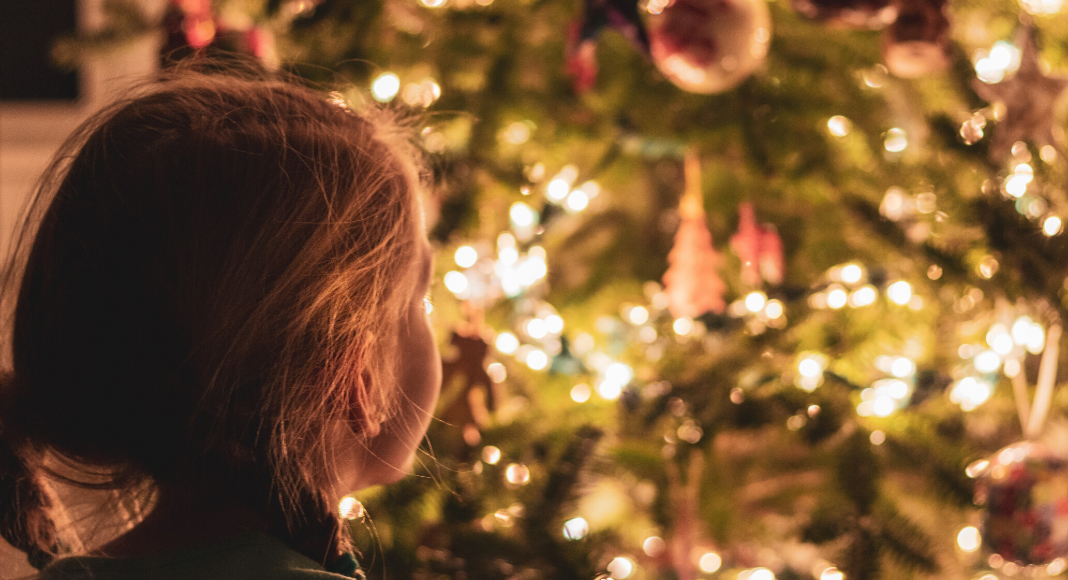 It was not the children’s fault their parents were unable to afford a plethora of soon-to-be-forgotten toys. Yet, they were the ones to answer the “What did Santa bring you?” question with a small list.

How could they not draw the comparison and wonder?

This was the moment I chose to do something that felt genuine. Each year, our children receive a single present from Santa. One unwrapped, desired gift under the tree… maybe even with a bow secured to it. Sure, they get other presents from us, but from Santa – only one.

When we moved to a school district with highly-ranked Blue Ribbon school, we soon were informed about its over 40% free or reduced-lunch status. In short, this meant that more than 40% of the kids were unable to afford school lunches. To say a present-inequality issue may be observed seemed obvious. Oddly, it was not with our kiddo but a friend’s child. Her daughter asked her:

“Mommy, why don’t other kids get as much from Santa as we do?”

Do what you want with your children; that is the joy of having them and being able to make your own way. Part of what I wanted was to raise my kids with a focus on others, a non-materialistic viewpoint, and to find the joy in traditions, family, and the spirit of the season. When I read about the viewpoint of a child with less, I could not continue to give an abundance of Santa presents and feel I was modeling the values I wanted to teach. Contrarily, it felt like teaching them to turn a blind eye to empathy and compassion, versus embracing a new, different way and willingly take less for another.

This past year, my daughter told me Christmas was about baking cookies, playing in our pajamas and being together.

As she described the holidays and the wonder of them, the presents were not even mentioned. I can’t help but question if this is because we have never put a large emphasis on the presents but more so everything else surrounding that day.

Consequently, this is the year our daughter gets to become a Santa. She has picked a few people she feels need the magic of Christmas in their lives. She will spread the joy and the excitement of creating hope for a person who would not expect it. The beauty in her anticipation and plans swirl around my heart.

As I reflect on her first round as a Santa, as well as the excitement and continued wonder and magic of the holiday, I cannot help but be thankful for my decision a decade ago. After a Facebook-shared post, I made the choice to allow only one tag to bear the scribbled script signature of Santa. Ten years later, we find ourselves making the holidays about memories and less about a pretty-package wrapped in debt.

Hopefully, as a natural consequence, 40% of kids surrounding ours will never have to question why Santa doesn’t leave them as much as the rest of the kids. After all, the season is about love and giving and for us, this felt like a quiet, unobserved way to love “the least of these.”