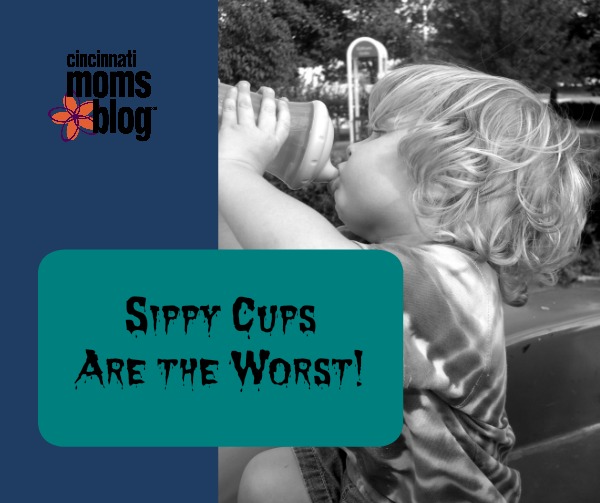 If I were one of those people who had a mortal enemy, I would have to say it is Richard Belanger. I suppose I should mention that I’ve actually met Mr. Belanger, and he has never done anything to me personally. The problem is that Mr. Belanger is the inventor of the Sippy Cup.

And Sippy Cups are the worst thing ever.

Okay, first I have to admit that I understand the use of the Sippy Cup. A million spills have been avoided in my house because of a bit of molded plastic. And while the saying suggests we shouldn’t cry over spilled milk, seriously, try telling that to a toddler.

I also recognize that they’re a part of modern life, and having used them and discovered their usefulness, I can’t see myself going back.

Yet, isn’t that part of its awful genius? They come up with something that is useful, and yet equally terrible. They’re simply the worst, and nothing better exists, so you have no choice but to endure.

Here are some reasons why Sippy Cups and other Spill Proof cups are terrible.