White lies are maybe not the end of the world, but of course, we don’t want to encourage it. We teach our children to be honest, open, direct, transparent in situations to maintain safety and trust. So yes, in most situations, I think we all agree lying is no good. 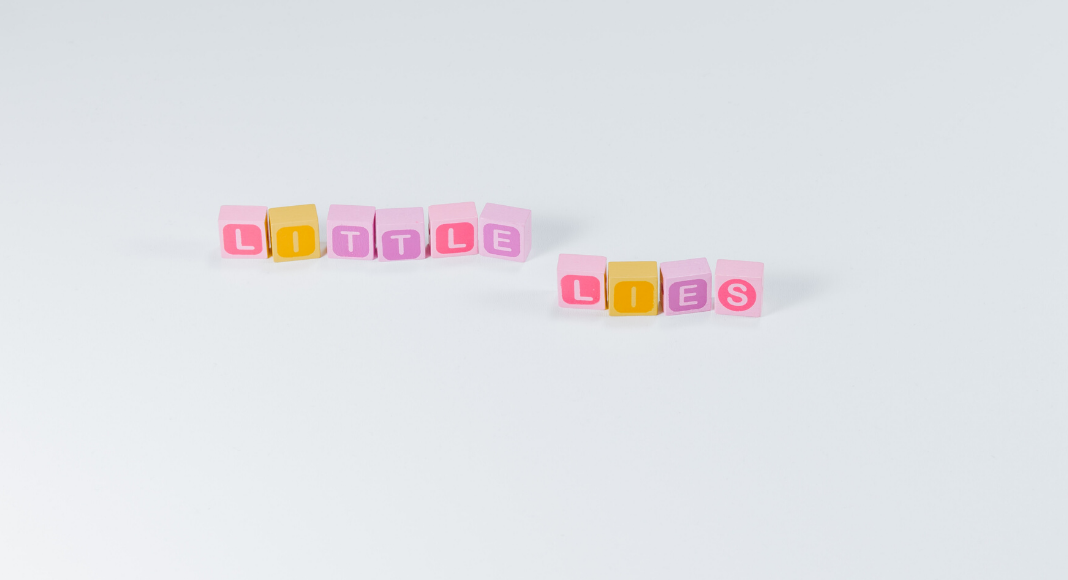 But, if we are all a bit honest with ourselves – once you become a parent, the white lies are not always preventable, and the challenge becomes remembering which ones worked. Now, I’m not saying I enjoy lying, or that I condone it, or that I even want to lie. But when I’m wrangling my three kiddos to get out of the house or to feel like I accomplished anything in the day, maintaining just a little bit of my sanity in the process, I simply have to lie.

In case you’ve come to my dark side, or think you may in the future, here are a few of the white lies that have helped me survive these past few years.

The TV Needs to Charge – Now, charging the TV only works if the kiddos cannot reach/use the remote, and don’t have an older sibling ready to tell the truth. But, just as we have to plug in our phones, iPads, and everything else these days, the TV must charge, thus, it has to be off.

Want a Prize? Stay in Bed – Oh don’t we miss our sleep mamas? My friend Jennifer has promised prizes to her kids for staying in bed longer than the parents, or at least until 8 a.m. So far, it’s worked, but she hasn’t actually had to award them a prize. I’d add that aren’t we the prize? Considering once we are up, we are at their service for breakfast, laundry, rides to wherever, etc.? #JustSaying

The Ice Cream Man is Out – Personally, the ice cream man creeps me out big time. A family friend shared with her kids that when the music is on the ice cream truck, it meant he was all out. I luckily have a kid that doesn’t like ice cream (weird, right?), but for some of you mamas who don’t want your kiddos running into the street to go up to a solo man in a truck luring children with sweets, this may be for you.

Placebo Effect – If they didn’t make so many kids’ medicines taste so good, this one wouldn’t be needed. And if I’m being completely honest, I may have had a dose or two of Dimetapp as a kid that wasn’t completely necessary. That being said, my friend had a great little white lie. When the kids thought they needed something to make them feel better, she put fruit juice in a syringe and called it “placebo.”

McDonald’s is Getting Remodeled – Saying McDonald’s is closed just seems like a white lie, as if you’ve ever been on a road trip, you’ve likely visited one in the middle of the night. But, saying it’s being remodeled means there’s a reason for people to still be inside/in the parking lot, but that their sole purpose for going (to play in the play place and mostly ignore their chicken nuggets and fries) is out or the question.

The [fill in the name of your most watched] DVD/Blu-ray Got a Scratch – I know my Frozen mamas get it. Sometimes, your kids get so attached to a movie they watch it over and over and over. There is science behind this, in that it’s familiar, it’s comforting, it’s almost like being with a good friend. But there are times that we mamas just need a break from those songs or the nightmares that can accompany Mufasa killing his brother or poor little Arlo being lost from his family.

If You Come With Me… Snacks – There’s that old school saying that the path to a man’s heart is with food. Well, the same is true of a toddler. My friend Salwa has the cutest little guy, and she reminded me of the age-old trick to drag your child out of the car, into the car, out of school, back into the house, wherever really – snacks. Whatever their favorite is, tell them they’ll get it.

They’re Out – My kids found out about Starbucks cake pops. And when I get one for each kid, we also have to bring home two for daddy because, well, cake pops. So, when mommy wants Starbucks, I either have to tell them I checked online and they’re out, or I just order ahead and run in and let them know they didn’t have any. This white lie not only saves me money but saves me a bunch of rambunctious little people running around my house with random bits of chocolate still stuck to their hands.

[Name of store/activity/place] is Only for Adults (they check your driver’s license) – There are some places that are just not fun with small kids. One friend of mine used this trick for Hobby Lobby, another for a play place that didn’t seem age-appropriate just yet. Either way, kids know certain things require you to show an ID card, so this can seem perfectly reasonable.

The Tooth Fairy Had a Hurt Wing – Yes, losing teeth is fun. And hiding those slimy, crooked little things under your pillow isn’t the slightest bit disgusting. But forgetting to pay up when they’re asleep? Blasphemy! We told our buddy the tooth fairy hurt her wing, went to the doctor and would be back up and flying the next night. Phew!

You Won’t Like Mommy’s Dinner (it’s a bit too spicy and yes, my ice cream has wine in it) – Ever go out to dinner, and everyone suddenly wants what’s on your plate and not what’s on their own? Tell them it’s spicy – and unless you have that one kid that loves hot sauce, you’re out of business. And my friend Ali has told her kids the flavor of ice cream she’s enjoying has wine in it, keeping the good stuff for mama (we deserve a treat too!)

They’re Special Paintings – I have one very special tattoo on my ribs of a waving American flag. No one has to know unless I show it off, but literally just the other day, one of my kids noticed it after we came back from the gym and I quickly changed my tank. My almost 3-year-old twins quickly went for baby wipes and wanted to clean it off and sent me to the bathtub, as I told them it was my painting, and they wanted it off in the worst way.

It’s not that I want to tell white lies, but sometimes, I have to take advantage of a little white lie to maintain my sanity. And a quick check-in with some of my FB friends helps me know that many of us are in the same boat. If these help you at all, you are most welcome. If you’re starting to think I’m losing my marbles, well, you’re welcome to swing by and grab the kids for a bit – you may just come up with some new white lies of your own! 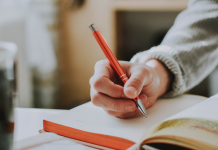 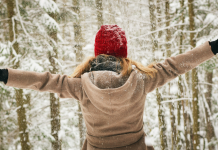 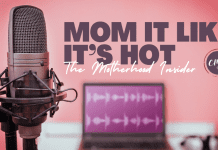