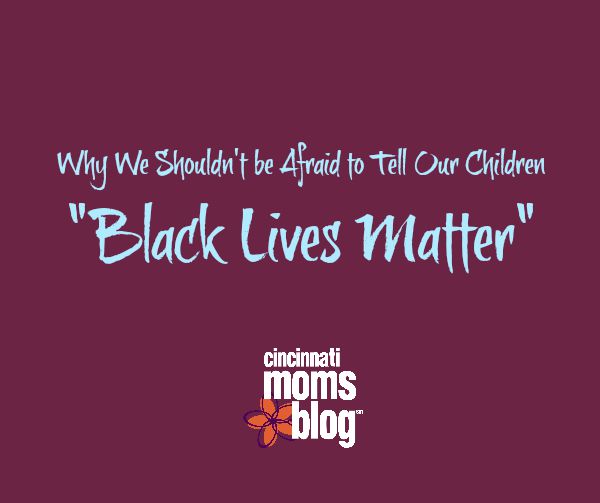 I’ve always wanted to teach in an inner-city school. The second I got in front of my classroom, something amazing happened. Those kids, they weren’t just ‘the kids.’ They were now ‘my kids’. Regardless of how we look different, and live very different lives, those kids are MY KIDS. So, when something happens in the greater world that impacts them, it isn’t something I can just ignore. When George Zimmerman shot and killed Trayvon Martin, I found myself not only teaching my kids English, but trying to help them process and understand what is going on in the world around them.

When I look at my own children, that same sense of urgency and obligation isn’t intrinsically there. There is the fact that my children are really too young to have these types of conversations. Milo, who just turned four, has come to the conclusion on his own that he and I and everybody else are brown, just different shades. It is a beautiful viewpoint I wouldn’t dare try to change.

With the kids who I see every day sitting in my classroom, it is a different story. With them I don’t have the luxury, or the desire to look away. When it comes to them, I have a responsibility to help them understand and cope with what the news means. For me, it means listening to my students and the things that they have to say about these issues. It also means, having to do a little extra work and seeking out the African American perspective on these situations. After all, how can I be prepared to have nuanced, sensitive, and accurate discussions about the issues plaguing my kids, if I’m not seeking to understand the different perspectives at play. Being put into this position has led to some uncomfortable moments, but they have also really opened my eyes to things I would have otherwise looked past.

With these incidents becoming a larger focus in the news, Black Lives Matter became the mantra. Students would wear their Black Lives Matter t-shirts on out-of-uniform days. I hear questions like, “why do all these white people keep killing us?” It is heartbreaking when children you love and would do anything for ask you a question like that. I also know, it isn’t a question I would ever imagine Milo or Dashell asking me.

When I hear about these stories and read about them in the news, I feel shocked, horrified, and afraid for my school kids. When I watch a video of another African American being gunned down, it breaks my heart because I know that my students will watch this video, and it will hurt them.
When I talk to my own children about police and firemen, I can put on an episode of Paw Patrol or Rescue Bots, or share with them this famous Mr. Rogers quote, “When I was a boy and I would see scary things in the news, my mother would say to me ‘Look for the helpers. You will always find people who are helping.” This isn’t the same lesson that my school kids get, or perhaps even need. Have you ever seen a kid you love go into a panic attack because a cop drove past them on the street? I have and it is devastating to witness.

By now, we are all familiar with the story of Samuel DuBose who was shot in the head and killed by a police officer, who pulled him over for a missing front license plate. In respect to this incident, there is definitely room in the conversation for a statement like “Black Lives Matter”.

If you spent any time following the comments of Facebook as the DuBose story was developing, you would have seen some rather depressing things. Immediately, DuBose was labeled a criminal. People stated that he deserved what he got. People talked about, ‘had he only done what the police officer had told him, none of this wouldn’t have happened.’ There was a huge presumption of guilt on behalf of DuBose without the presence of evidence. While I don’t think any of those people consciously looked at DuBose and said “he is black so he is automatically wrong,” people’s preconceived notions of race and racial stereotypes absolutely influence these types of responses. They have lived a life in which these types of incidents haven’t directly impacted them, their neighborhoods, or people who look at them, so there is no risk in jumping to conclusions.

Before the tape was released, people were quick to dismiss the Samuel DuBose killing and the Black Lives Matter movement with statements like, “If black lives matter so much, why aren’t they protesting when they kill each other?” There were also the unfair assumptions that the city of Cincinnati was bracing itself for riots and a violent reaction, because people assume that the African American community cannot responsibly speak out against injustice.

In response to cries of “Black Lives Matter”, white people love to shout out “White Lives Matter” or “Police Lives Matter” or even “All Lives Matter.” Even presidential candidate Martin O’Malley made that mistake. In these cases, I don’t think anybody means to do harm, upset, or offend anybody, but they’re missing a big part of the picture.

It is a given, as human beings, that all lives in Cincinnati have value and worth. Every single parent, regardless of what race they are, or in which neighborhood they reside, is teaching their children that “All Lives Matter.” I teach it to my sons in a million different ways. I am sure you teach it to your children. It is a message that permeates our society on a daily basis. Stating that “All Lives Matter” is, or at least should be, a given. The Black Lives Matter movement is in no way a threat to this idea. Those three words are not an attempt to suggest that the lives of African Americans are more valuable than those of other people. My school kids understand the meaning of their lives and the lives of each other.

One way I have heard it explained, is that “Black Lives Matter” is a cry for help. It is a plea for attention and assistance because African Americans keep dying in the streets, many times from the hand of white police officers. “Black Lives Matter” is an attempt to try and pull us into the conversation, to get us actively involved in speaking out against injustice, even if that injustice doesn’t directly impact our lives, or the lives of people who look like us.

All life has value, but “Black Lives Matter” is the African American community trying to tell and remind white people that they need to be included in “All”. It is a request that the white community stop playing a passive role in the issues that lead to the death and disparagement of the African American community. Instead of looking at an incident of potential injustice and demanding to know the truth before passing judgment, we stick to biased assumptions and we try to cloud the issue with non-examples. Instead of acknowledging that race is a huge issue in our country, and a huge issue in the city of Cincinnati, we dismiss that race could be a problem because we don’t do anything overtly racist.

Think of it like this. We, as parents, would do absolutely anything we could to help ensure that our children live lives that hard happy, prosperous, and safe. We would put our own lives on the line to ensure that our children are treated fairly and given the respect they deserve as human beings. If we found ourselves in a situation where we needed help, we would cry, scream, and demand that others help our children. We would leave no stone unturned, no possibility unexplored. When we turn on the television and see Cincinnati citizens marching in the streets holding signs and chanting “Black Lives Matter,” that is exactly what they are doing. Mothers, fathers, grandparents, siblings, aunts, and uncles are marching, pleading, asking for help to ensure the same things for their children, we demand for ours. And it is a request that we look at the problem thousands of Cincinnati families, parents, and children are dealing with on a daily basis, and become an active part of the discussion.
As parents who know what it means to love our children, and to want the best for them, all we need to do is pay attention, and become part of the conversation. That is the easiest way to help and assist these families. The perspective of, it isn’t happening on my street, to people who I know, to people who look like me, needs to change. By teaching our children “Black Lives Matter” we are helping to raise a generation of kids who hopefully won’t be bogged down by the stereotypes and preconceived notions of race that plague us today. We will be raising children whose actions don’t perpetuate the issues that pack the news.

This is why “Black Lives Matter” matters, and we shouldn’t be afraid to say it to each other, and our children.